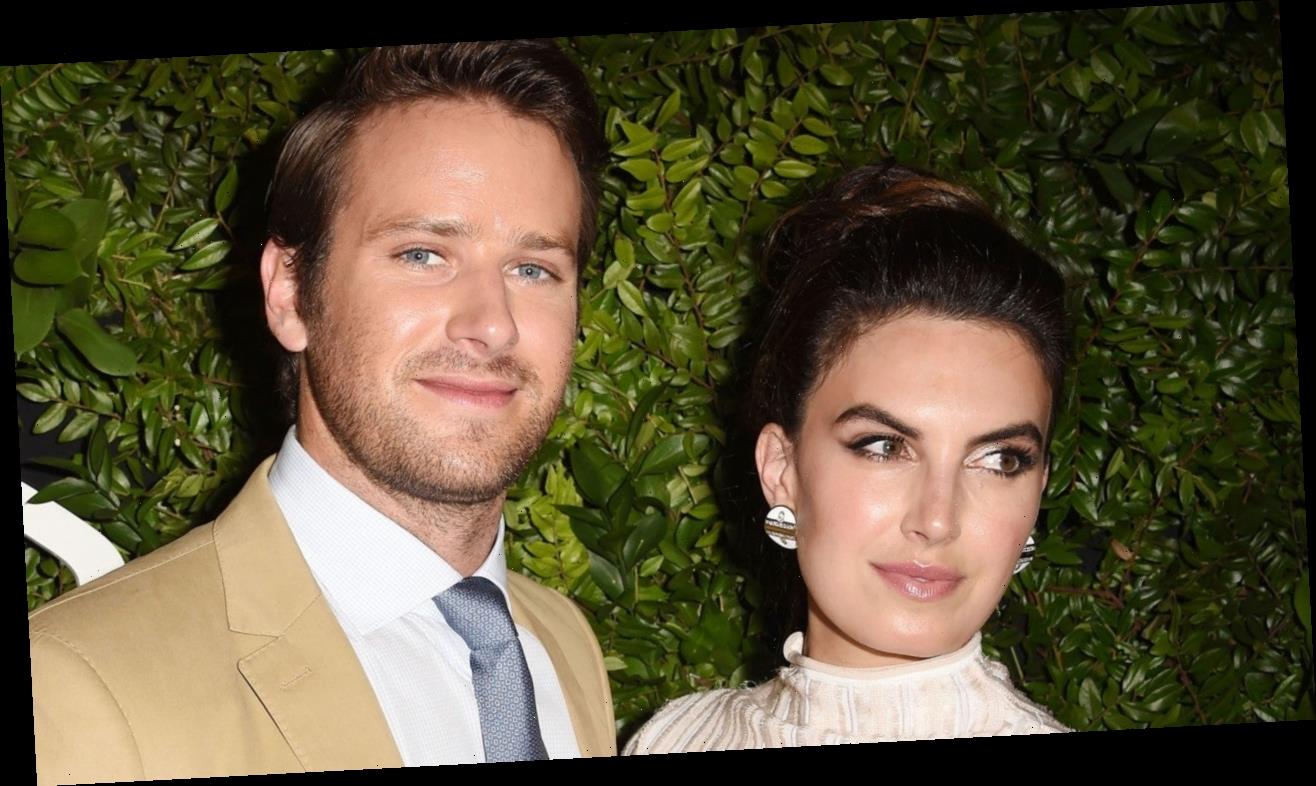 Armie Hammer allegedly cheated on his now estranged wife, Elizabeth Chambers, with a co-star, according to a new Vanity Fair report.

The publication reports that according to a source close to Chambers, the 34-year-old actor allegedly first confessed to being unfaithful shortly after the birth of their 4-year-old son, Ford, but said it was a one-time offense. The source then claims that years later, Chambers found evidence that Hammer was having an affair with a co-star.

According to the report, the breaking point in Chambers and Hammer’s marriage came when Hammer decided to go back to the U.S. amid the coronavirus pandemic while his family — which includes their 6-year-old daughter, Harper — had been quarantining in the Cayman Islands. Hammer allegedly mistakenly sent a raunchy text message meant for someone else to Chambers when he arrived back in the U.S., and she filed for divorce shortly after.

A source told ET on Friday, “It’s true that Elizabeth found evidence that Armie was having an affair with one of his co-stars and that Armie sent Elizabeth a raunchy text message meant for someone else. Armie’s indiscretions and choice to quarantine away from Elizabeth and their children lead her to file for divorce after trying to make their marriage work for years.”

“She has been blindsided about the allegations that have come out about Armie, but is now in a place where she realizes this is part of the process,” rte source continued. “Elizabeth is keeping her head up, protecting her kids, focusing on her family and making sure that they are all OK.”

Hammer and 38-year-old Chambers announced in July 2020 that they were splitting after 10 years of marriage and 13 years together.

“Thirteen years as best friends, soulmates, partners and then parents,” they both shared on Instagram. “It has been an incredible journey, but together, we’ve decided to turn the page and move on from our marriage. As we enter into this next chapter, our children and relationship as co-parents and dear friends will remain our priority.”

In September 2020, Hammer opened up to GQ about his “intense” experience quarantining with his family, including his father and stepmother, in the Cayman Islands.

Hammer added that the “very complicated, intense situation” was exacerbated by having “big personalities all locked in a little tiny place.”

“It was tough, man. I’d never dealt with anything like that before in my life, so I didn’t have the tools,” he said. “It was just this thing that snuck up on everybody. I don’t think I handled it very well. I think, to be quite frank, I came very close to completely losing my mind. I just felt completely powerless.”

Hammer made headlines in January due to a social media scandal. The Call Me by Your Name star’s name began trending after private messages that appeared to be written by him went viral. In the alleged DMs, which have not been confirmed to have been authored by the actor, sexual graphic fantasies were described, some with references to cannibalism. Hammer dropped out of Jennifer Lopez’s rom-com, Shotgun Wedding, and also left his starring role in the Paramount+ series The Offer, about the making of The Godfather. He was dropped by his agency, WME, in February.

In a statement about dropping out of Shotgun Wedding, Hammer said he was keeping his two children in mind.

“I’m not responding to these bullsh** claims but in light of the vicious and spurious online attacks against me, I cannot in good conscience now leave my children for four months to shoot a film in the Dominican Republic,” Hammer said in a statement to ET. “Lionsgate is supporting me in this and I’m grateful to them for that.”

“These assertions about Mr. Hammer are patently untrue,” the statement reads. “Any interactions with this person, or any partner of his, were completely consensual in that they were fully discussed, agreed upon, and mutually participatory.  The stories being perpetuated in the media are a misguided attempt to present a one-sided narrative with the goal of tarnishing Mr. Hammer’s reputation, and communications from the individuals involved prove that.”

On Feb. 1, Chambers commented on the allegations against Hammer.

“For weeks, I’ve been trying to process everything that has transpired,” she wrote in part on Instagram. “I am shocked, heartbroken, and devastated. Heartbreak aside, I am listening, and will continue to listen and educate myself on these delicate matters. I didn’t realize how much I didn’t know. I support any victim of assault or abuse and urge anyone who has experienced this pain to seek the help she or he needs to heal.”

A source previously told ET that amid the social media scandal, Chambers was “in complete shock by the allegations” against Hammer and “felt like her world has been turned upside down.”

“She is sickened by the various women’s claims,” the source said. “Her first priority, as always, are their children and trying to protect them from this news and make sure that they feel safe and secure. She does not want them to be traumatized by everything going on.”