Ariana DeBose is on the cover of January’s Women’s Health. She looks amazing, as you can see. It’s nice that the interview isn’t focused on crazy restrictive diets and strenuous workouts as is typical for these articles at the beginning of the year. Ariana discusses her well being and how the pressures of winning her Oscar for Anita in West Side Story affected her. But she also talked about her workouts, especially since she’s playing Calypso in Marvel’s Kraven the Hunter. Again, Ariana isn’t killing herself to get in Marvel shape because she’s already fit. Plus, she hurt herself while on Broadway. So she focuses more on “maintaining” her body than sculpting it. She finds the best way to make exercises work for her. Like push-ups, which she does with her knees on the ground and says is fine as long as you engage your core. Me. She’s talking to me.

There’s a lot of pressure winning the Oscar: The moment was important to me and became very important to many communities, and I’m grateful for everything that has transpired, but it was a pressure cooker. I felt that every day, and now even in the aftermath, I still feel it. There have been times this year that I have been more lonely than ever.

She’s had to reexamine friendships: A big part of this life change was releasing shifty energy—cutting ties with folks who’ve shown a different side of themselves after she claimed her award. “Friendships have morphed,” she says. “It’s fascinating to see people want something different from you, like different access. I think people come into your life seasonally, and some seasons have come to a close. It’s a tough journey, but I believe in healthy boundaries. All of it is making me a better person, and a better artist.”

On her self care: “I can’t function if I haven’t slept properly,” she says. “I believe in recharging.” To get a “full reset” recently, Ariana and her best friend completed a wellness and health retreat in Italy at a place called The Ranch. “We hiked every day. I realized I thrive when I am close to nature, so now I prioritize being by the water.” Taking walks by the riverbank of the Danube, which is close to her temporary place in Budapest, “helps cleanse my energy, and I can hear my thoughts, and I move,” she says. “I have to move. If I don’t move, I am a raging terror.”

Her exercise routine: Dancing around her house to Beyoncé’s Renaissance album, Bette Midler’s greatest hits, the Gypsy Kings, or Celia Cruz is as key as getting her steps in while outside. “That makes me feel aligned,” she says of grooving. “That refills my spirit.” In addition to her therapeutic dance parties, Ariana works out at the gym three or four days a week doing a mix of intervals, including pushups (“Mind you, most of the time I do them with my knees down,” she says. “There’s nothing wrong with that as long as you engage your core!”), tricep dips, rows, and a variation of lunges targeting her glutes and inner thighs with 10- to 15-pound weights. After doing a few rounds of 10 reps per exercise, Ariana jumps on the elliptical for 30 to 40 minutes. Switching up which muscle group she targets during every workout helps her stay motivated. So does sticking with a set cycle of moves. “Give me a routine and I’m happy as a clam!

How she prepares for Calypso: She’d stretch in the morning while lying in bed to “get in tune with what was going on” with her. She also practiced yoga on-set and meditated for 10 minutes after lunch.

Figuring out how to nurture her well-being: “In the last year, I’ve gotten more acquainted with what my power is,” she says, adding that she feels a surge of pride in her progress when she’s able to “positively impact another person or community.” As a board member of Covenant House, Ariana helps to provide homeless and sexually trafficked youth with opportunities to rebuild their lives. “There’s power in showing up for someone else, advocating for them, and feeling like you’ve helped them get back on track,” she says. There is also serious power in showing up for yourself and facing novel challenges head-on.

Push-ups vex me – at least the way you’re ‘supposed’ to do them. So I appreciate anyone who justifies my knee-on-the-ground push-ups. I could do the the routine Ariana mentions above. I’d hate it, because I’m convinced lunges are retribution for unpunished crimes, but I could do it. And you know I love some dancing and grooving worked in to any exercise program. I like routines that apply to a variety of people. I also included the part about Ariana preparing for the Marvel role because she mentioned getting in tune with her body as she wakes up. Michelle Yeoh said something similar. I wake up and start whipping through my to-do list but maybe I need to refocus and start tuning into my body instead. Seriously, 2023 is my year of changes.

Which brings me to the rest of Ariana’s interview. I really related to Ariana’s wholeness approach. I want to change so much about my well-being this year and the physical is only part of it. So I paid close attention when Ariana talked about discovering her need to be near water. And reexamining the relationships that aren’t working for whatever reason. There’s just so much food for thought here. 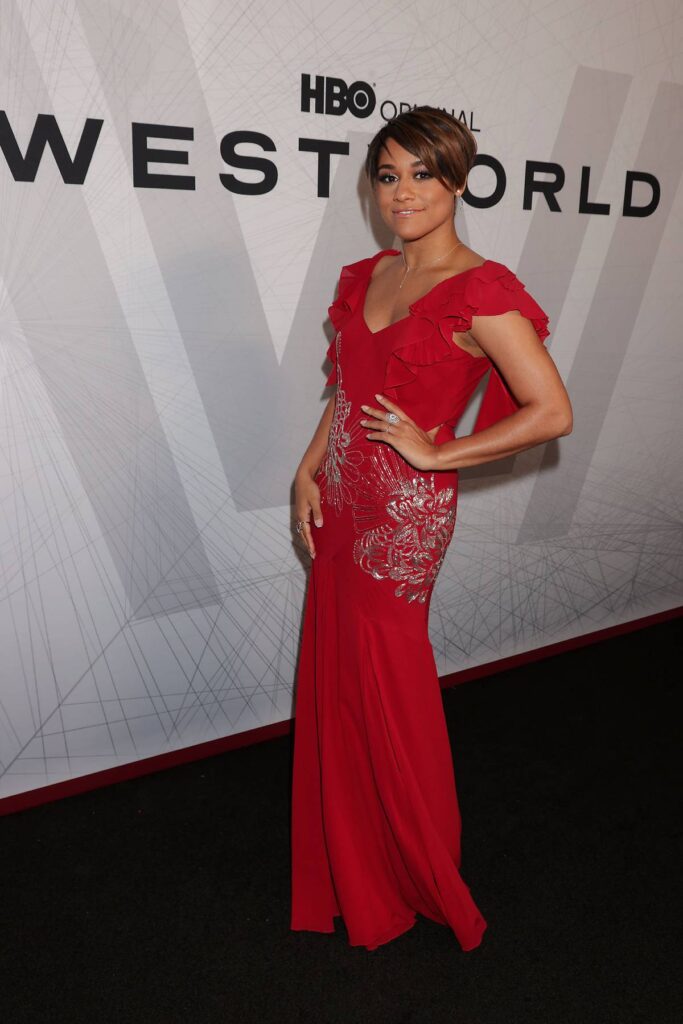