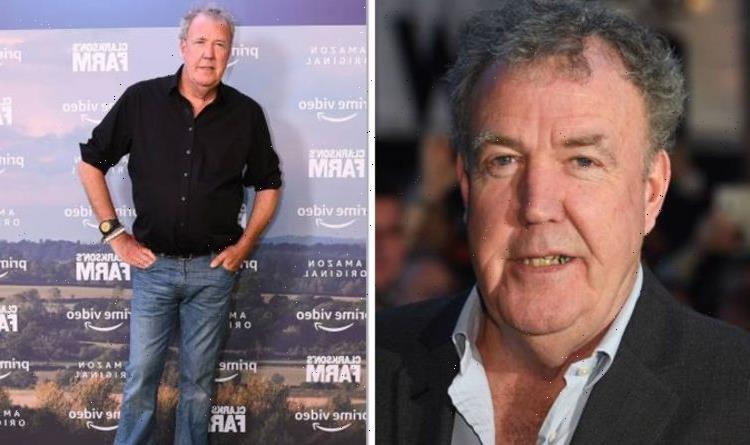 Jeremy Clarkson, 61, has delivered a sarcastic rant about the new government road rule which means that drivers will not even be allowed to physically touch their mobile phones while in their vehicle. The former Top Gear star also spoke out about Insulate Britain and EU border crossings.

Are the people who write these laws mad?

Jeremy angrily spoke out about the new laws which say that from 2022, drivers can receive up to £200 fines for scrolling or tapping phones while driving.

The Department of Transport has said that these laws are being strengthened in order to make it easier to persecute drivers using phones behind the wheel.

They confirmed that sat-navs are not included as part of the laws so long as they are secured in a cradle.

The Who Wants To Be A Millionaire? star said: “Seriously? If your random playlist decides to fill the car with Arctic Monkey noises and you really aren’t in the mood, you are no longer allowed to swipe the screen to make it stop.

“Are the people who write these laws mad? Because almost all human beings are capable of doing two things at the same time.”

In his article for The Sun, he added a few jokes to explain his point, saying that men can reads newspapers on the loo and women can “have sex while thinking about Brad Pitt”, so why can we not “change a music track in a traffic jam?”

He quips, too, that perhaps at some point we will be told to pull over before we can increase the car’s interior heating.

The new laws also say that drivers could receive up to six points as an alternative to fines.

The laws also indicate that at fast-food drive-thrus, drivers will still be able to pull out their phones to pay for takeaways.

Since 2019, UK drivers have been able to avoid fines and punishments due to a High Court ruling which said that motorists only commit an offence if they use a phone for interactive communication (calling or texting).

In the past, Ramsey Barreto escaped punishment after filming a West London pile-up in 2017.

Similarly, drivers have been able to escape fines in the past by arguing that they were using their phones to change their music, not to talk to someone.

Aside from quipping and moaning about driving laws, Clarkson also spoke about migrants crossing from France into Britain.

He said: “What I don’t understand is why, when they’ve made it as far as France, these people feel the need to get into a leaky boat and risk a Channel crossing, in November, to make it to Britain.

“France has great cheese and some fine wines.

“They could go and live in St ­Tropez where the summers are long and hot.”

He then joked that they have chosen to live in Ramsgate instead.

He has just released his new book called Diddly Squat a Year on the Farm.

He laughed about the difficulties of maintaining the animals, specifically cows, while filming the show.

He said on Zoe Ball’s Radio 2 Breakfast Show yesterday: “I caught one of them yesterday on a motorcycle going along the perimeter fence like Steve McQueen.”

Jeremy Clarkson’s book, Diddly Squat: A Year on the Farm, was released on November 11 2021.