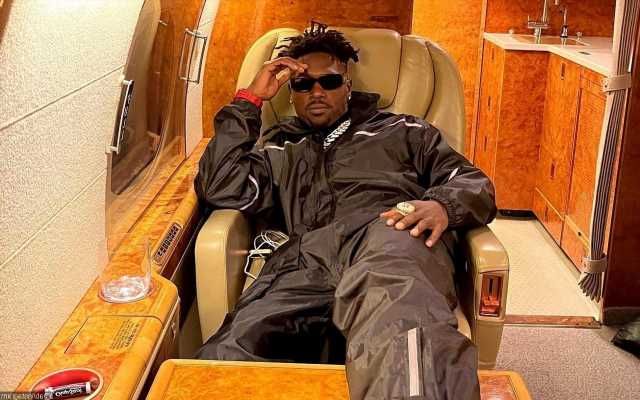 In the surfaced emergency call, the woman says to a dispatcher that she and the NFL free agent/the father of her children had gotten into ‘a little argument’ at their home back in November.

On Wednesday, January 11, TMZ released the audio made by the alleged domestic violence victim. Speaking to the officer, the woman said she and the 34-year-old footballer had a “little argument”‘ in which her personal belongings were thrown out of their home in Tampa, Florida on November 28, 2022.

The woman then told the dispatcher that AB “started throwing a fit” that morning, which resulted in her leaving the house with the children before it “escalated into anything violent.”

She then said that he was “throwing her clothes out of the house” and was “sending explicit videos” to her son. The woman, who is allegedly the mother of his four kids, also claimed that AB “smashed [her] computer.” Later on the phone, she could be heard warning AB, “This is not legal! You might want to go inside. You better hide out!”

A second 911 call was also made, with someone purporting to be a neighbor referencing a “possible domestic violence case,” saying the mother and her children had been “thrown” out of the house and were “too scared to go back inside.”

The audio surfaced on the Internet only a few days after an arrest warrant issued against AB was withdrawn. Officials confirmed on December 21, 2022 that the athlete is no longer a wanted man according to a notice of termination of the prosecution that was filed by the Florida State Attorney’s Office.

The State Attorney’s Office also stated that the alleged victim recanted her story to them during a follow-up interview. Following the woman’s new statement, prosecutors said they “determined we could not prove beyond a reasonable doubt a battery took place.” The SAO explained, “As a result, a letter of release was issued, which formalizes the SAO’s decision not to prosecute and withdraws the previously issued arrest warrant.”

Of the alleged domestic violence incident, police said the altercation quickly escalated into physical abuse, as AB allegedly threw a shoe at her and struck her “in the ponytail.” In a statement, the officer stated, “The victim had no injuries but believed the shoe was meant for her head.”

AB reportedly tried to evict the victim from the residence and locked her out. Police allegedly arrived at the scene but AB refused to speak with them. According to Fox 13 News, the footballer locked himself inside the house and allegedly threatened to shoot the victim if she attempted to re-enter.