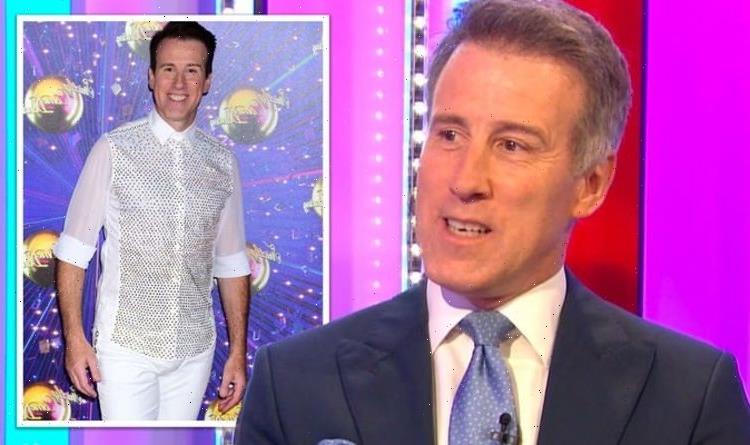 Strictly Come Dancing fan favourite star Anton Du Beke has opened up about his decision to quit drinking at the age of 18, during a new interview. The professional dancer, who returns to the BBC One TV show as a judge for the 2021 series, spoke about an embarrassing moment which ultimately led to his decision.

Anton, 55, said the fact that his father was a heavy drinker during his childhood was not the reason behind his choice to remain teetotal.

During a chat with The Telegraph, he explained: “No, I don’t drink because I don’t like it.”

He went on to recall a humiliating incident which saw him wet himself while out in public.

“I got drunk when I was 18 and I weed myself,”(sic) Anton remembered.

“I had no constitution for it.

“And I thought, ‘I don’t know if I can afford the dry cleaning so I’m going to knock this on the head’,” he added in his usual joking fashion.

Anton, who grew up in Kent, now lives in Buckinghamshire with his wife and children.

He is married to Hannah Summers and the pair are parents to twins George and Henrietta, four.

When it was announced earlier this year that Anton was joining the judging panel alongside Craig Revel Horwood, Shirley Ballas and Motsi Mabuse, the ballroom dancer said he was “over the moon”.

He had been a part of the programme since the very first series back in 2004.

Anton is the only pro to have starred in all 18 series of the programme.

After landing his new role, he wrote online: “I’m absolutely thrilled to bits to be joining these wonderful judges!!!

“Cloud nine, seventh heaven, over the moon… there’s nowhere better than a seat at that legendary desk!” he added, in view of his 247,000 followers.

“Thank you @bbcstrictly – just the most tremendous news!!!! Much love, Anton,” he signed off.

Fans of the Strictly star need not worry and he has not hung up his dancing shoes just yet.

Their Him and Me tour, which sees the pair sing and dance, will now run into the summer of 2022 after many of their theatre dates were rescheduled because of the coronavirus pandemic.

At present, the tour has 13 dates scheduled for June and July.

After series 19 of Strictly wraps in December, Anton will take to the stage again to star in his very first pantomime.

He will play Buttons in Cinderella at Richmond Theatre in West London.

Anton said he was “absolutely delighted” to land the role after posting footage of himself in costume on the picture-sharing site.