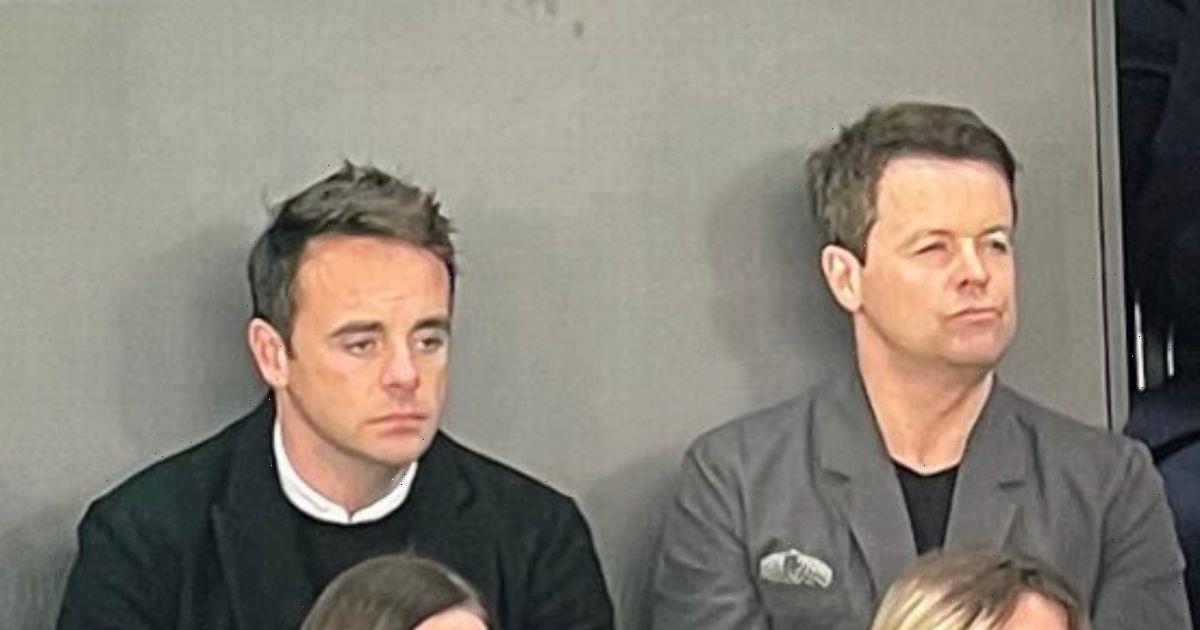 Ant and Dec left their fans completely puzzled when they decided to cheekily swap places during a football match on Sunday 17 October.

The hugely-popular Newcastle-born presenters and NTA winners have always had a funny side and enjoy playing tricks on people with the odd joke or pretend swap.

Even Declan Donnelly himself has shown faux annoyance over the fact that his TV partner and best friend Ant McPartlin always gets to go first, so it's been a running joke between the pair.

But that doesn't stop their fans from feeling like they've lost their footing when they spy the duo positioned as "Dec and Ant" instead.

And it seemed this time the pair knew how their seat choices would appear, as they were spotted completely engrossed in a Newcastle vs Tottenham Hotspurs football game the wrong way round at first, prompting an outcry from their fans.

The duo were seated up in the stands at the St James' Park stadium when the game began with Newcastle on the back foot, leaving the Geordie TV stars frowning and furrowing their brows.

Dec was wearing a grey jacket and black T-shirt, and looked decidedly deep in thought watching the teams.

While best friend and co-host Ant had opted for a black blazer, thin sweater and white-collared shirt underneath to brave the wet and windy October day.

Ant and Dec had some of the best seats as they were placed sat in front of club chairman Yasir Al-Rumayyan and Amanda Staveley.

Later on, Sky cameras zoomed in on the duo and showed them having switched around during the match on TV.

"Even Dec and Ant are sitting the wrong way round… oh dear," one fan tweeted.

Another declared: "OMG Ant and Dec have swapped seats and are the wrong way round at the match."

"Dad is absolutely livid that ant and dec are sat the wrong way round at the Newcastle game," a third added.

While a fourth person joked: "The only thing worse than a loss today is seeing Dec and Ant sat the wrong way round #mindblown the biggest change at #NUFC since last week lol."

The popular presenters and proud Newcastle stars have always supported their home club.

It comes as Ant and Dec are gearing up for the next series of I'm A Celebrity… Get Me Out Of Here! next month, and have already shown their excitement for the impressive celeb line-up this year.

Stay up to date with all the latest on Ant and Dec by signing up to OK!'s daily celebrity newsletter.