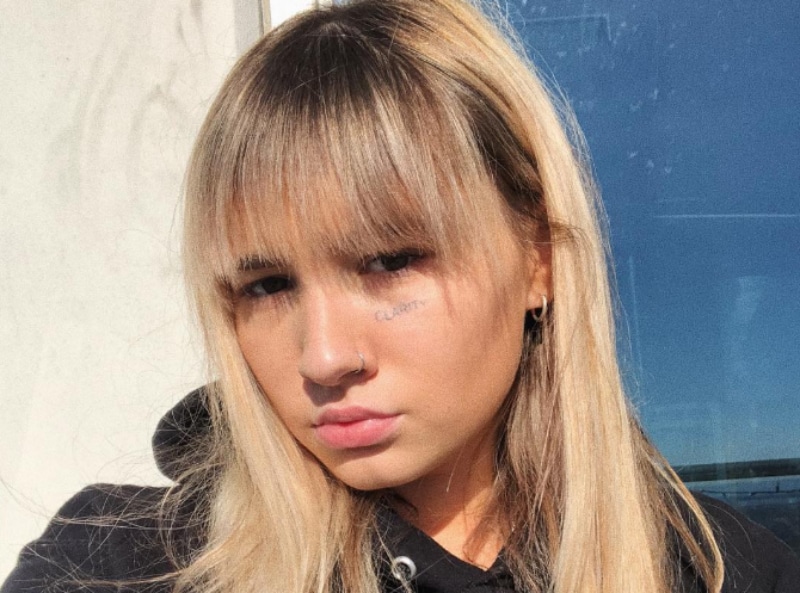 Rapper Lil Xan made a huge announcement on Instagram today. In the caption of a photo of himself and girlfriend Annie Smith, the Watch Me Fall rapper announced that he’s going to be a dad.

Lil Xan, whose real name is Diego Leanos, wrote, “ wanted to wait but just can’t leave my fans in the dark,it’s official going to be a father ?? love you guys so much and hope you stay along for this crazy journey and never felt in my life? all of you are invited to the gender reveal party promise ! wait to show the world everything been working on at youtube space and my official sophomore album “BE SAFE” and to my my angel my sunshine @anniiesmith  love you with all my heart ❤️ thank you for saving me love you more then words could describe.”

i wanted to wait but i just can’t leave my fans in the dark,it’s official im going to be a father ?? i love you guys so much and hope you stay along for this crazy journey and i’ve never felt more happy in my life? all of you are invited to the gender reveal party i promise ! Cant wait to show the world everything i’ve been working on at youtube space and my official sophomore album “BE SAFE” and to my baby my angel my sunshine @anniiesmith i love you with all my heart ❤️ thank you for saving me i love you more then words could describe ?????????????

News of Lil Xan’s baby has many shocked, especially considering he was dating Noah Cyrus just months ago. Miley’s little sister learned about her ex-boyfriend’s unborn baby on Instagram like the rest of us and so far, she doesn’t seem too concerned.

Her fans, however, want to know more about Annie Smith, who seems to have stolen Lil Xan’s heart in a very short time frame.

Who is Annie Smith?

Annie Smith posted a photo similar to the one Lil Xan shared a few days before him. In it, she stirred up engagement rumors with her caption that ended, ” i cannot wait to call myself your wife soon.”

happy valentine’s day my love. i could go on and on about how beyond grateful and lucky i am to have you by my side in life. but today to keep it simple and honest, i love you to the moon and stars, always baby. i cannot wait to call myself your wife soon♥️♥️♥️ p.s i love matching with youu

Annie isn’t famous in her own right, causing my Lil Xan fans to wonder more about her. It turns out, she’s been a part of his life for a long time, though it’s not known just how long they have known each other.

Despite their short time dating, Annie has been very active on social media and even took over Lil Xan’s account to keep fans updated after he was admitted to rehab back in December 2018 for opioid addiction.

She even took the time to explain the timing of his rehab trip and to help clear up some of the confusion about it. Lil Xan’s Instagram has since been and now, there are only five posts remaining and all of them were made in February.

Annie’s Instagram is a bit more full, with a total of 15 photos but there’s not much information about who she is apart from being Lil Xan’s girlfriend and someone who has known him for a long time and now, they are about to start a family together.