Good friends with good taste! Angelina Jolie and The Weeknd were both spotted jamming at a Mustafa the Poet concert on Friday, July 9. However, they didn’t attend the show together.

The Weeknd Through the Years: From Drastic Haircuts to Shocking Prosthetics

“It was an intimate setting. … Real spiritual,” an eyewitness tells Us Weekly exclusively. “The Weeknd was very accessible, the other A-listers were accessible. Everyone was mingling before and after the concert. Angelina was with [two of her kids] and was seated next to the musician Akala.”

The insider added that they didn’t see the actress, 46, interacting with the 31-year-old singer, who arrived later on in the evening. 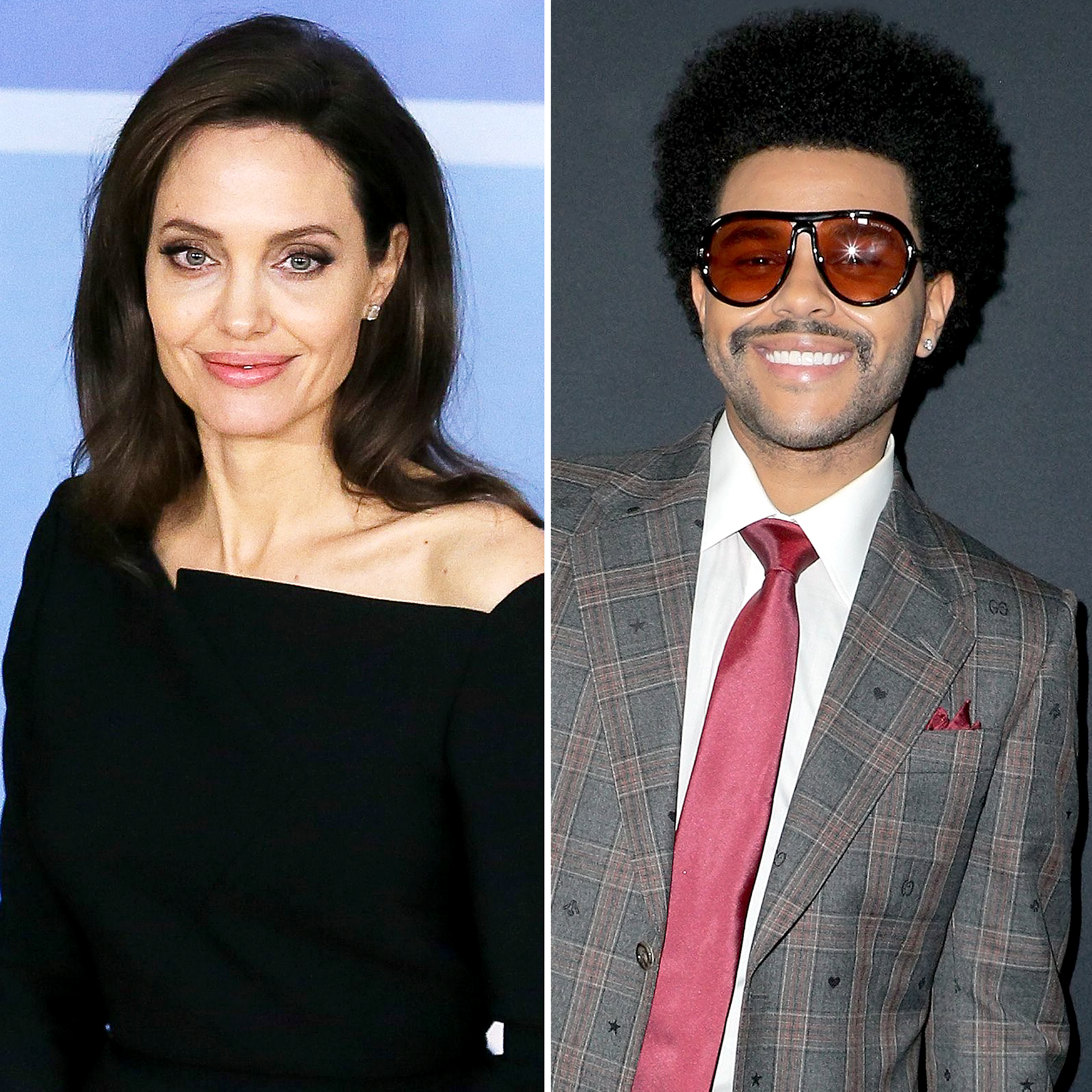 Trap Heals partnered with Mustafa the Poet to produce the concert at Goya Studios in Los Angeles on Friday. The “Stay Alive” artist, 24, performed songs from his recent album at the event, which also included a short film screening.

According to the insider, there were nearly 500 people — including plenty of celebs — at the show. While the performance itself lasted about an hour, stars hung around afterward to chat with their friends.

“Angelina and The Weeknd probably spoke at some point, especially if they know each other,” the source adds. “Everyone was mingling and they were in the same general area.”

Last week, the “Save Your Tears” singer and the Mr. & Mrs. Smith actress made headlines when they were photographed leaving celeb-favorite Italian restaurant Giorgio Baldi in Los Angeles.

However, a second insider told Us that their dinner was strictly platonic.

“Angelina and The Weeknd had a business meeting,” the source shared on Wednesday, July 7. “It had to do with their HBO shows. They got along great, but there is nothing romantic happening between the two of them.”

Variety reported last month that the Grammy winner is developing an HBO show titled The Idol. The Salt actress, for her part, recently starred in the movie Those Who Wish Me Dead, which premiered on HBO Max.

While their relationship is simply a friendship, the pair are both currently single. The Oscar nominee is in the middle of a high profile divorce from Brad Pitt, while the Canada native split from his longtime girlfriend Bella Hadid in 2019. Both have not dated anyone publicly since their splits.