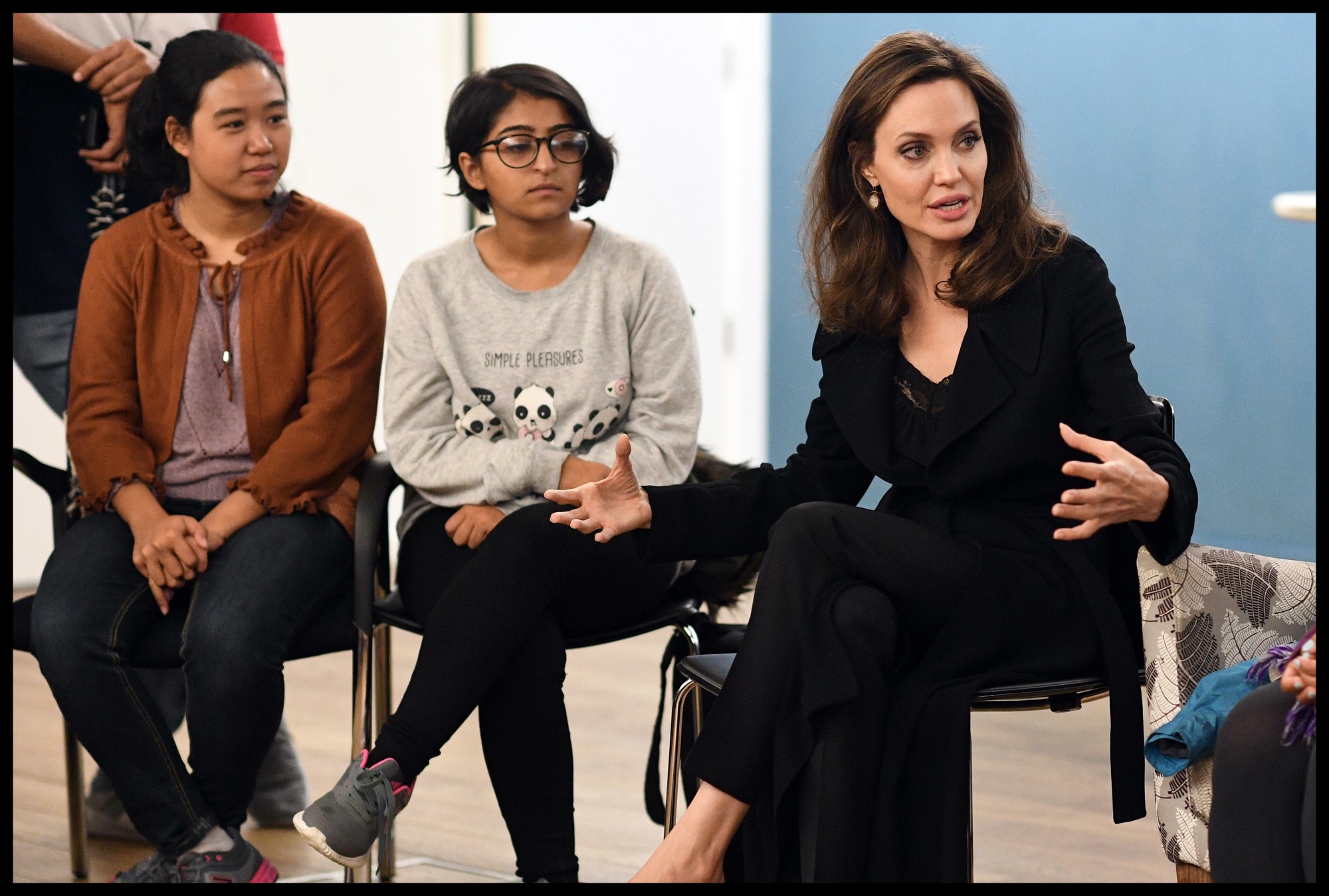 Angelina Jolie speaks! And she’s not speaking about divorce or legal shenanigans. Angelina spoke to Marie Claire on behalf of the initiative she created with former UK Foreign Secretary William Hague, Preventing Sexual Violence in Conflict. The PSVI initiative is UK-based, and it’s a multifaceted focus, everything from retraining peacekeepers and militaries about sexual violence, and advocating on behalf of funding more programs for survivors and a lot more. You can read the Marie Claire piece here. Some highlights:

On why the stigma against survivors of sexual violence still exists: “Sexual violence in conflict is still a taboo subject. Female and male survivors, and children born of this rape, are often treated as if they are the ones who have done something wrong. They are rejected and stigmatized, while their attackers go unpunished. That’s what has to change, and breaking the taboo is part of that.”

On why she uses her influence to shed light on this issue: “Our partners in this effort are victims speaking out, local NGOs and governments from around the world as well as militaries. We have to solve this comprehensively. We need to go to the heart of where there are abuses and make changes, and press for new practices and accountability. To take one example, 37 countries still exempt perpetrators of rape from prosecution if they are either married to their victims, or agree to marry them afterwards. Over 60 countries don’t include male survivors within the scope of their sexual violence legislation. So we have to change laws as well as attitudes.”

On how she speaks to her children about sexual violence: “I don’t just speak to my daughters. I speak to them with their brothers. That is maybe the first most important distinction. This is not just a problem for women, and the solution is working with women and men. And girls and boys. Not only are men and boys also victims of these crimes, but those who are perpetrating these crimes need to have other men remind them what it really is to be a man. A man with a healthy relationship to women. And all societies need to be clear about not tolerating this behavior.”

I’m often shocked by how a celebrity saying obvious, common-sense things – “the solution is working with women and men” or “we have to change laws as well as attitudes” – will often become huge news, or be seen as some major stance. I admire Angelina so much for what she’s doing, because while it is common sense, people still need to hear it and be reminded of it, because (as she said) there are still laws on the books in dozens of countries which refuse to punish rapists. There are still societies around the world which punish victims. There are still people in every single country who think that rape and sexual violence is a minor “women’s issue” and not a human rights issue. 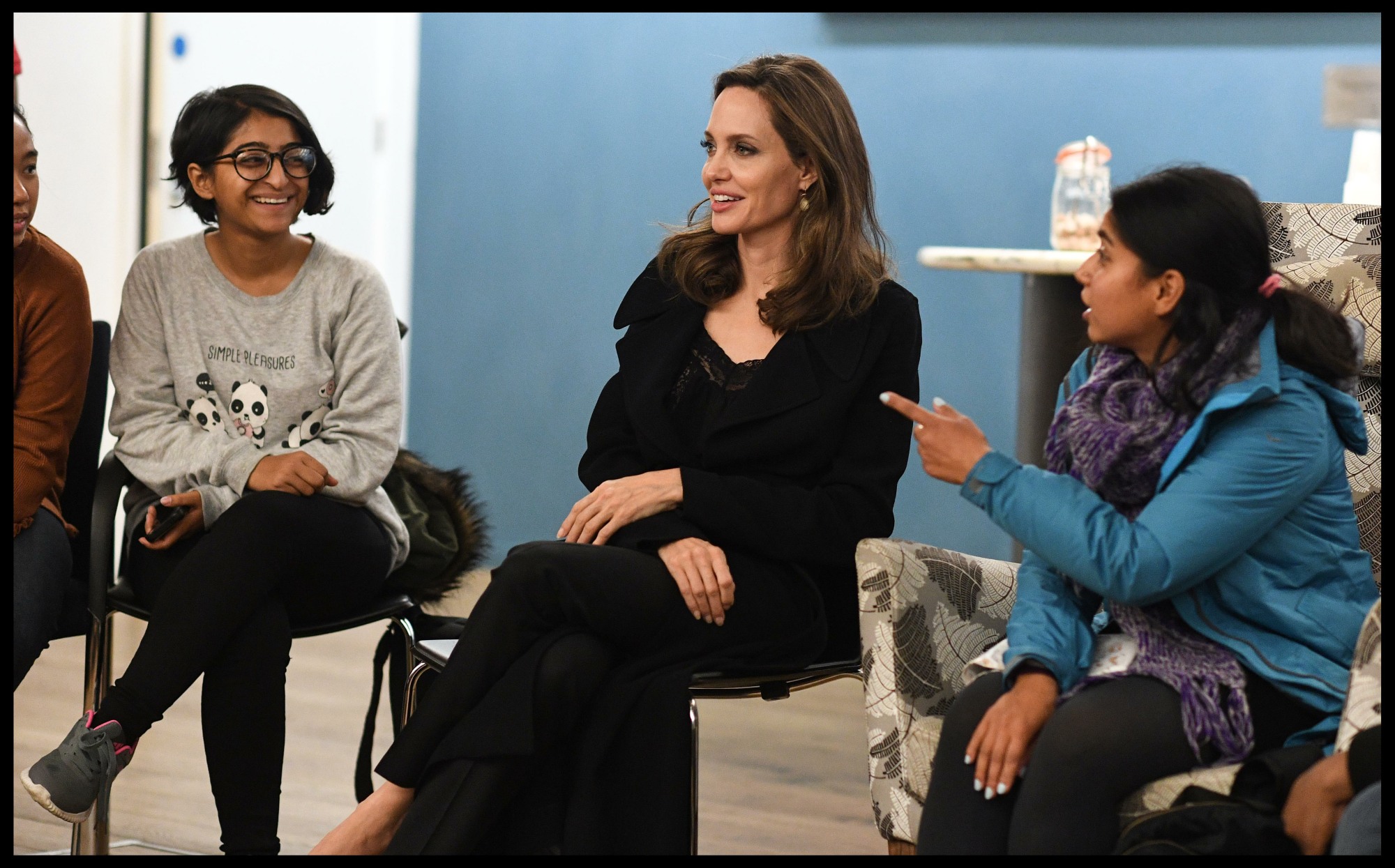 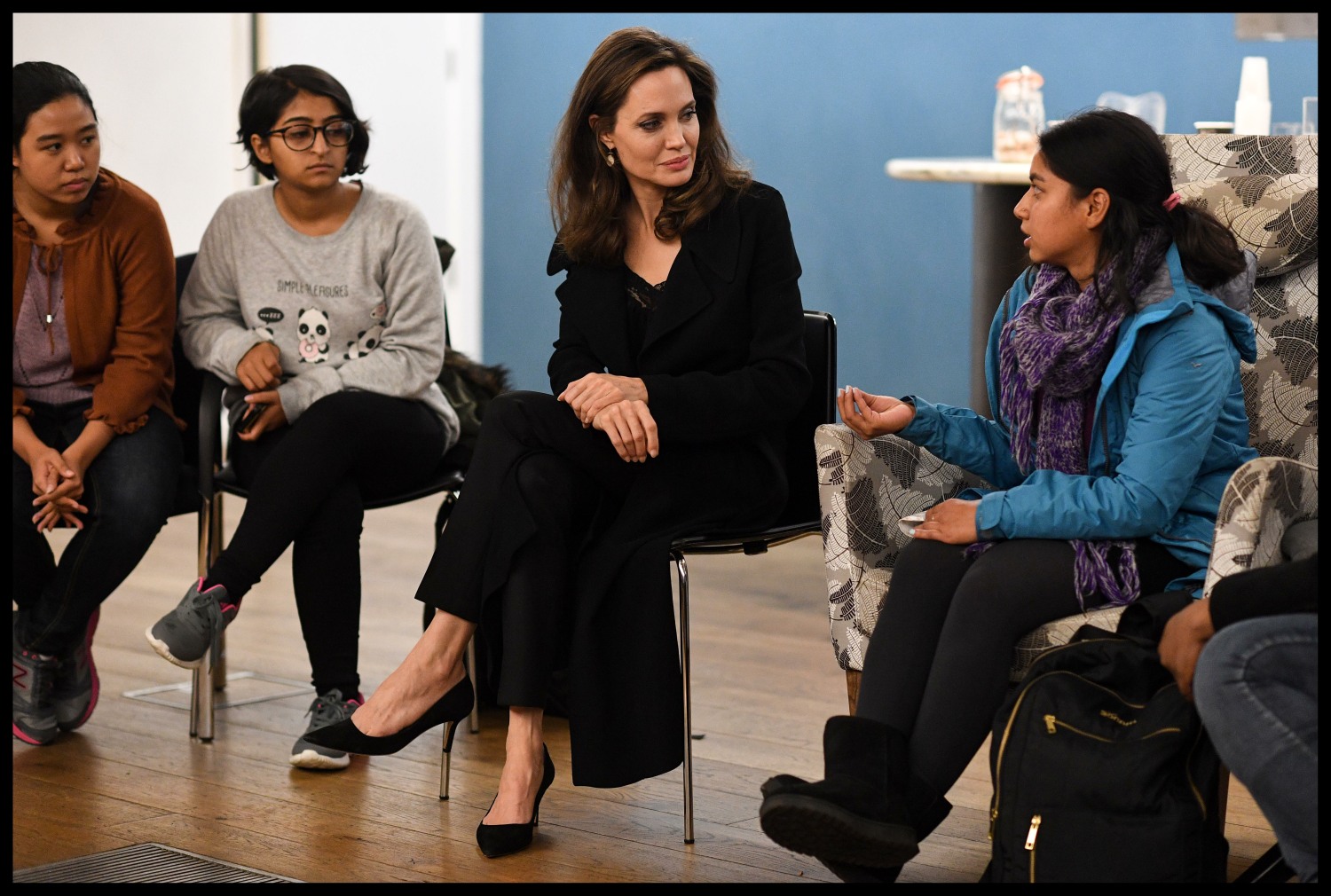