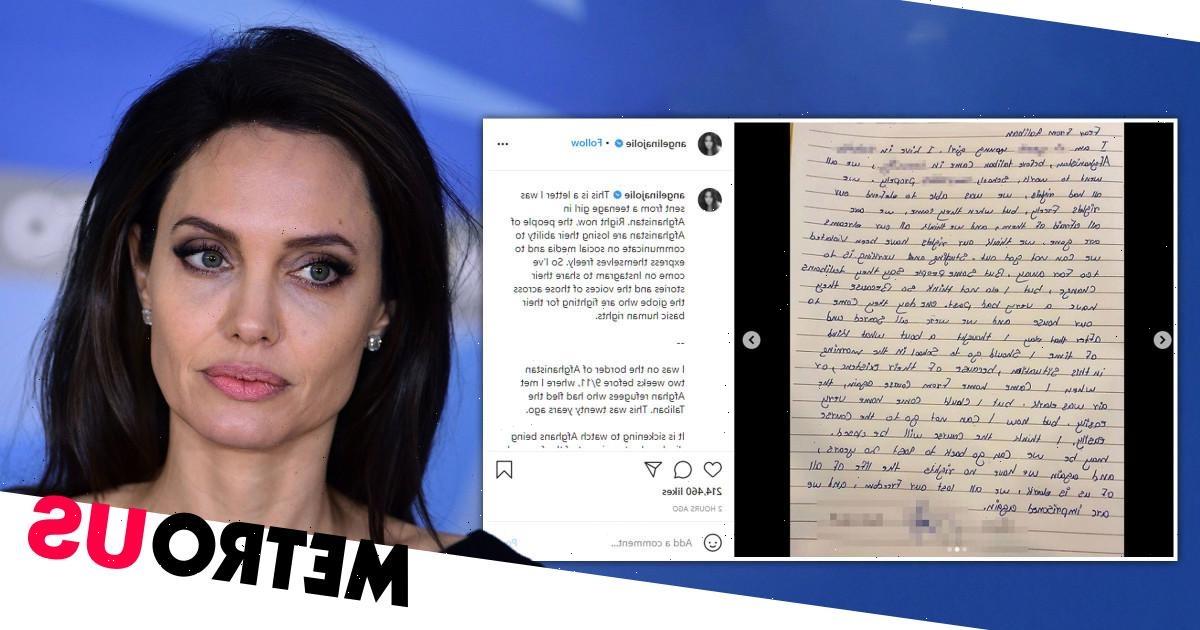 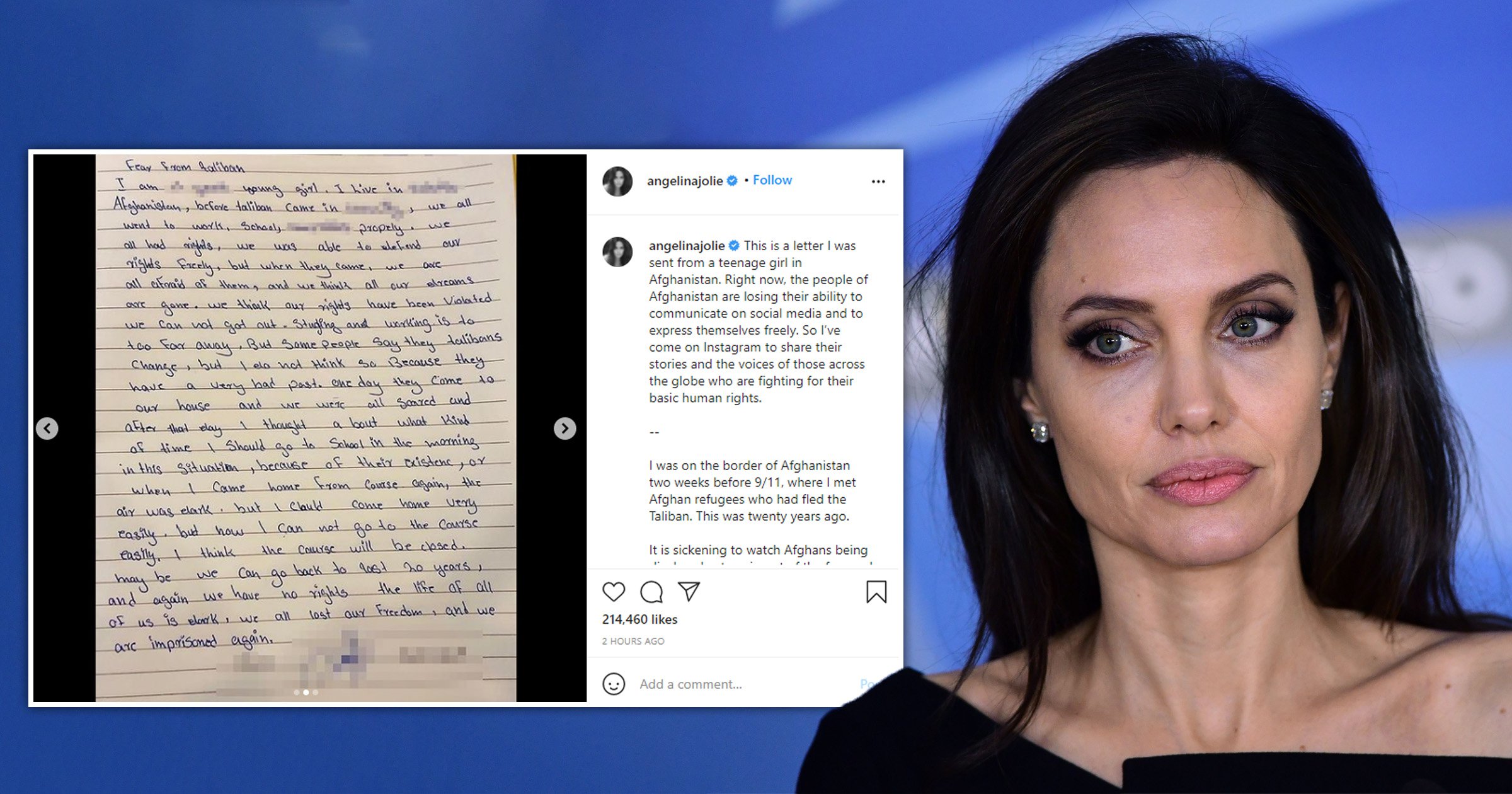 Angelina Jolie has officially joined Instagram, and her first post on the social media platform is a powerful statement about the ongoing crisis in Afghanistan.

The actress has shared a letter she received from a teenage girl living in Afghanistan, who wrote that she has been stripped of her rights and freedom since the Taliban took control of the country, two weeks before the US was set to complete the withdrawal of its troops following a two-decade war.

Many citizens have attempted to escape the country after the Taliban seized power.

Angelina believes it is ‘sickening’ to watch Afghans ‘being displaced yet again’, and wants to provide help for them.

The 46-year-old wrote: ‘This is a letter I was sent from a teenage girl in Afghanistan. Right now, the people of Afghanistan are losing their ability to communicate on social media and to express themselves freely.

‘So I’ve come on Instagram to share their stories and the voices of those across the globe who are fighting for their basic human rights.’

She went on: ‘I was on the border of Afghanistan two weeks before 9/11, where I met Afghan refugees who had fled the Taliban. This was twenty years ago.

‘It is sickening to watch Afghans being displaced yet again out of the fear and uncertainty that has gripped their country.

‘To spend so much time and money, to have blood shed and lives lost only to come to this, is a failure almost impossible to understand.

‘Watching for decades how Afghan refugees – some of the most capable people in the world – are treated like a burden is also sickening. Knowing that if they had the tools and respect, how much they would do for themselves. And meeting so many women and girls who not only wanted an education, but fought for it.’

She concluded: ‘Like others who are committed, I will not turn away. I will continue to look for ways to help. And I hope you’ll join me.’

Angelina is a Special Envoy to the United Nations High Commissioner for Refugees, and is known for her humanitarian work, lending her voices to many causes over the years.

In May, she teamed up with National Geographic for World Bee Day, allowing hundreds of bees to crawl over her for a powerful photoshoot, in order to raise awareness for protecting the species.