Could things be getting more serious between Scott Disick and Amelia Hamlin?

On Thanksgiving, the 19-year-old model took to her Instagram Story to show photos of those she was “thankful” for this year. Among those mentioned were her famous mom and dad, Lisa Rinna and Harry Hamlin, as well as Scott.

“Thankful 4 these ppl,” Amelia captioned a photo of herself, Scott and another friend. 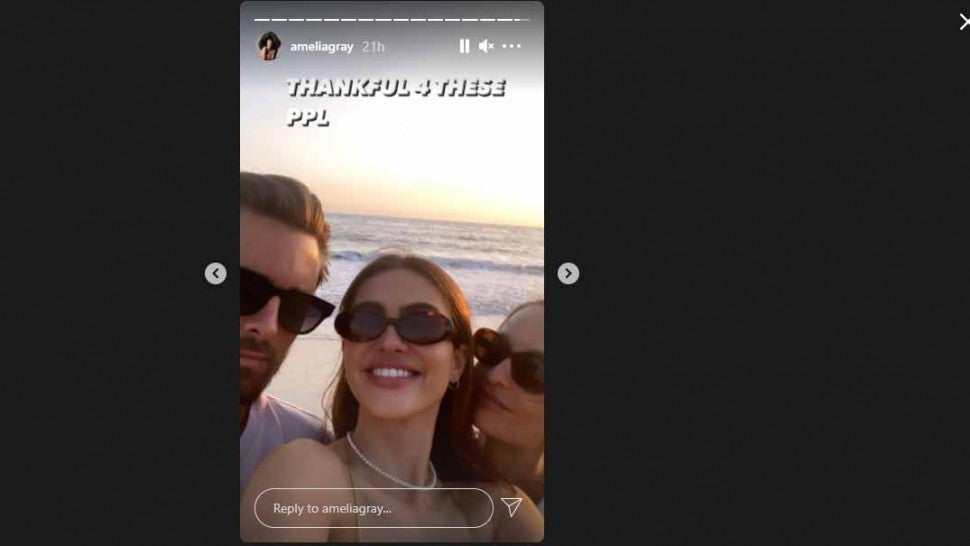 The 37-year-old reality star — who is dad to Kourtney Kardashian’s three children — has been seen out with the Hollywood heiress on several occasions this year, but a source told ET earlier this month that the two are not seriously dating.

“They’ve hung out and gone on a couple dates, but they’re not a couple,” the source said of Amelia and Scott, who broke up with 22-year-old model Sofia Richie earlier this year. “…He isn’t actively looking for a relationship but is down for a good time.”