Amelia Hamlin looked gorgeous in her latest photo as she accessorized with several Cartier pieces and a flirty gold body chain.

Amelia Hamlin, 20, forgot her top in this photo! The brunette modeled just a pair of summer-ready lilac pants as she covered her best with her hands in an Instagram post shared on Friday, July 2. “pants are @boohoo, top is m.i.a.,” she quipped in the caption, shouting out popular British fast fashion label BooHoo. She kept her brunette hair down and center parted for the look, rocking a light makeup look including a matte nude lipstick.

Lisa Rinna‘s daughter add several high-end accessories to her pants-only ensemble, including several pieces from luxury French jeweler Cartier: Amelia sported the brands’ iconic LOVE bracelet in yellow gold ($6,900) amid a stack of diamond bracelets, including a bangle and tennis style one. She also appeared to still be wearing a beaded bracelet reading “Scott” for boyfriend Scott Disick, 38. Amelia matched her Cartier ring with two matching LOVE rings, opting for the brands bold, largest size ($3,600) and a thin style ($1,170). A gold Rolex watch also peaked out on her left wrist, which was believed to be a gift from her reality star beau. 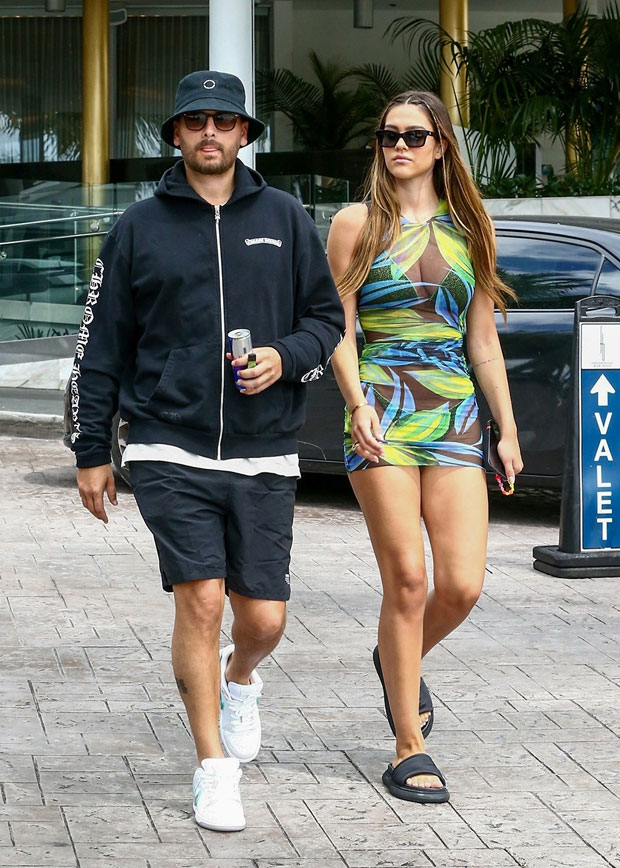 Scott and Amelia’s romance — which seemingly began around Halloween in Oct. 2020 — hasn’t been without controversy, especially given the couple’s 18 year age difference. Her mom Lisa Rinna even brought up her concerns in a recent episode of The Real Housewives of Beverly Hills where she confessed she was “nervous” about it. “I only know Scott Disick from the Kardashians and Scott was with Kourtney [Kardashian], not married,” Lisa, who has also starred on Days of Our Lives, said in a confessional. “They have three children, Oh, God,” she added, referencing Scott’s kids Mason, 11, Penelope, 8, and Reign, 6.

In a scene with the ladies, Lisa explained how she discovered the relationship — noting that Amelia had initially said she was “just friends” with Scott. “A couple days ago, Amelia sends me a video of [her] and Scott on the beach,” she went on to Erika Jayne. “She’s 19. He’s 37 with three kids. Hello!” she exclaimed, calling it a “what the f*ck moment.” The episode was taped several months ago, but Scott and Amelia have been going strong ever since: the pair have been dating for at least nine months, even celebrating her 20th birthday together in Miami.