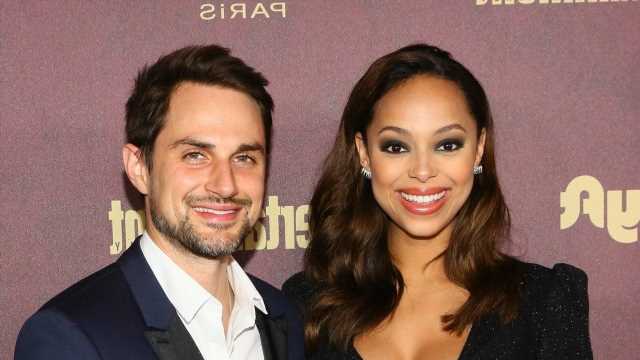 Amber Stevens West has given birth to her second child with her husband and Greek co-star, Andrew West. On Monday, the 34-year-old actress shared an adorable picture of their newborn baby girl, whom they decided to name Winona Marie.

Amber Instagrammed a photo of baby Winona surrounded by flowers. Amber and 37-year-old Andrew are already parents to their 2-year-old daughter, Ava.

“Introducing Winona Marie West!” she wrote. “🌷 & 📸 by @nuleafdesign 👶🏽 by me and @andrewjwest but mostly me.”

Amber announced she was pregnant in April. She and her husband, who met on the set of Greek, have been married since December 2014.

“While in NY shooting @runtheworldstarz I was also working on another project and in the early morning of Nov 22, @andrewjwest birthday, we confirmed that second project was a success!” she wrote of her pregnancy, adding that the couple was donating to the Black Mamas Matter Alliance to help make sure women of color have the opportunity to have healthy families.

ET spoke with Amber in May, and she talked about meeting her husband on Greek. The ABC Family show lasted four seasons and ran from 2007-2011.

“He actually was up for a different role on ABC Family on a different show at the same exact time,” she shared. “They had to decide which show they were going to put him on. So, they just decided that they wanted him to play Fisher, and thank God they did, because they got me a husband!”

Amber Stevens West on Expanding Her Family, Her New Series ‘Run the World’ and 'Greek' (Exclusive)