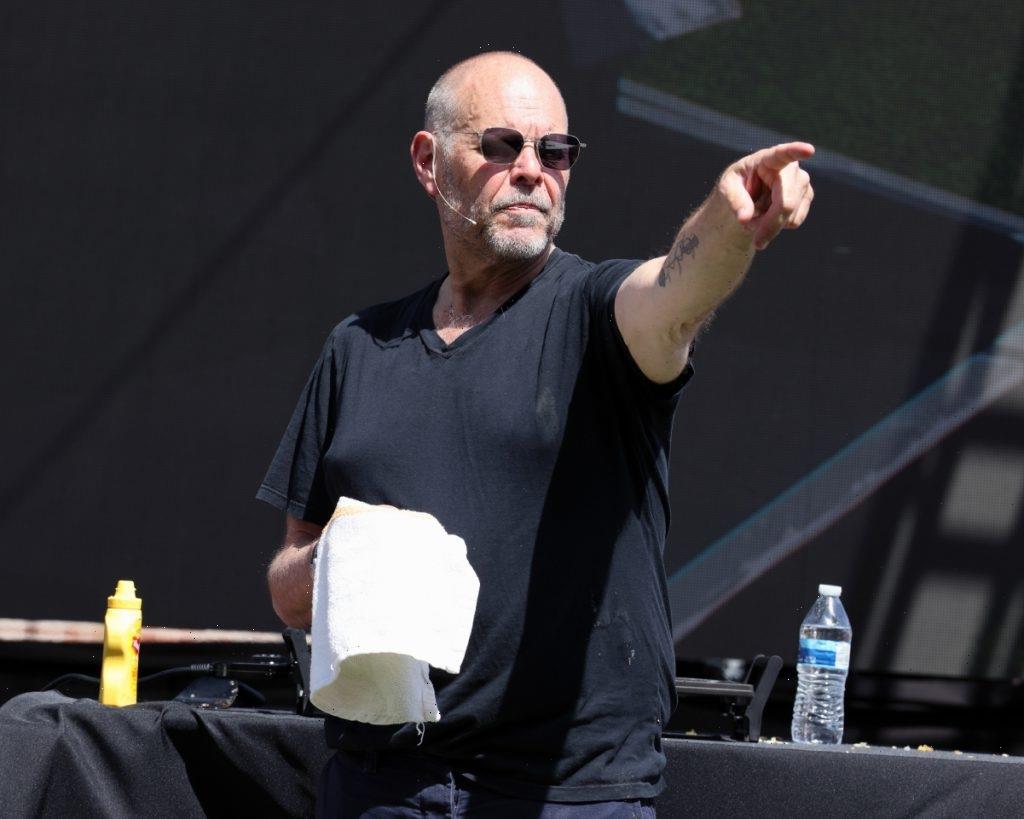 Achieving a perfectly juicy burger doesn’t have to be complicated. Celebrity chef Alton Brown shows us how to make this grilling season our best ever. And it only takes three ingredients.

There’s just nothing like a great burger at a summer cookout: with melted cheese and your favorite toppings, it’s absolute grilling bliss.

According to Brown’s website, in order to achieve this chargrilled nirvana, he strongly suggests grinding the meat yourself: “For a perfectly moist and juicy burger, grind your meat at home. Just trust me. This may seem like a lot of work for a burger, but if you really love them, you won’t mind.”

The Good Eats star prefers eight ounces each of sirloin and chuck cuts (Those are the first two ingredients. The third? Just salt). He also recommends working on a food processor “in small batches and with quick pulses.”

There’s a trick to grinding meat, he says in his Food Network video, below, where you’ll also find the complete recipe: “The key to successful grinding or chopping is preparation. All the meat should be cubed to about an inch and a half and chilled.” 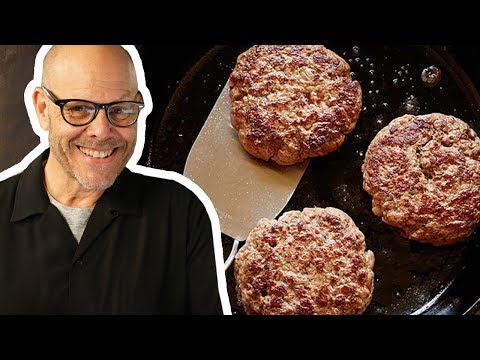 Aside from cookout season, when it comes to preparing great burgers at home, the Iron Chef host surprisingly opts for frying — not griddling or grilling — the patties. In fact, he contends it’s the only way to achieve the result you want.

Brown explained why: “Well, when you fry, heat evenly surrounds the entire patty, keeping those crust-enhancing, protein-saturated fats (those tasty burger juices) inside the meat, where they belong. As long as water vapor is escaping, oil can’t penetrate the patty, so you don’t have to worry about fat logging your burger,” adding his well-earned “Just trust me.”

To shape the patties, Brown turns to a tortilla press. Once your meat is ground to your preference, “divide the meat into four portions [of four ounces each] and roll into balls.” Each ball of meat is placed on the press between sheets of wax paper and flattened into patties.

“In a pinch,” he adds, you can also use “the smooth underside of a dinner plate for shaping the burgers, but the press is more precise and a lot more fun.” 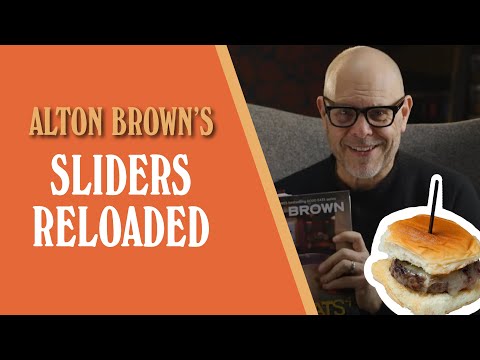 Reviewers overwhelmingly were wowed by Brown’s ‘Burger of the Gods’

While some reviewers on Food Network’s site didn’t go for the chef’s burger recipe (“They’re okay I guess” and “Incredibly bland”), most home cooks gushed over Brown’s simple recipe.

“This was awesome, I loved the idea of making my own burger meat. It was so simple and tastes great! Wow!,” one fan of the recipe said.

Another home cook added that Brown’s recipe had inspired them to grind their own beef in other recipes besides burgers: “What a great idea! I now grind my own burger for everything from meatloaf to tacos. I have not purchased ground burger since seeing this episode. The flavor difference is remarkable. Thanks Alton.”