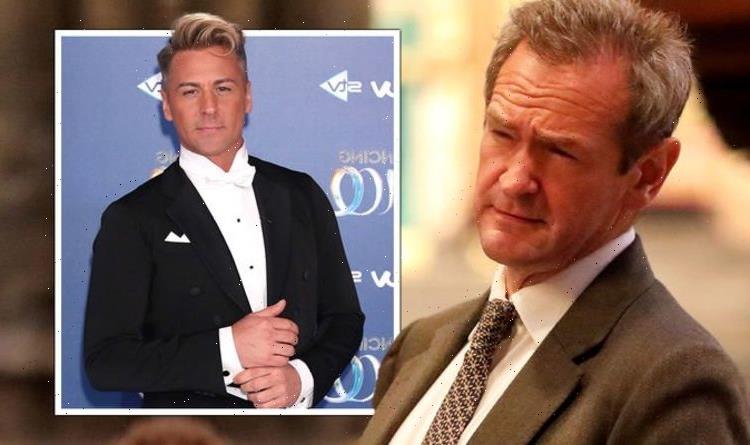 Alexander Armstrong discusses how green the UK's TV shows are

The Pointless veteran returns to screens tonight with his epic new travel series, ‘Iceland with Alexander Armstrong’. While the coronavirus pandemic has made international travel difficult for the past 18 months, various gaps and countries moving to the green list enabled Alexander to venture on the 8,000-mile journey. It took him halfway around the Arctic Circle in the middle of winter, where he observed the multitude of natural wonders, discovered the magnetic lure of the far north, and even fitted in some swimming with the locals.

The show is just one in a number of appearances Alexander has made in his illustrious career, having been on our screens for decades.

He is best known for his role as the presenter of Pointless, the game show where members of the public appear on and answer niche questions on an array of topics in the hope of winning a cash prize every weekday.

Before this, he was one of a comedy duo behind The Armstrong and Miller Show alongside Ben Miller.

He has also done a range of voiceover work including in Danger Mouse and Peppa Pig.

But, not everyone is that familiar with the star.

In 2019, he joined a lineup of fellow celebrities and TV stars for the show, ‘The All New Monty: Who Bares Wins’ for the second year in a row.

Recalling an awkward encounter to Express.co.uk at the time, he revealed that he had no idea who Alexander was when meeting him.

JUST IN: Fern Britton issues warning after scam ‘takes up to £600’

But, after hearing Alexander speak, Matt said it finally dawned on him who he was.

“I knew Alexander’s voice more than I did his face.”

Matt insisted that the encounter didn’t stay awkward for long, however.

He said the pair “just laughed about it,” and added: “Awkward moment when you meet somebody and you’re like, ‘Oh, it’s you.'”

Matt also had some kind words about Alexander: “He is awesome, he is a huge support for all of us.

“Because he did the show last year as well, it was nice to have someone in the room who could lead us a little bit.”

The encounter wouldn’t have been Alexander’s first awkward moment in showbiz with another celeb.

Speaking to The Sun in 2016, he recalled a recording of Pointless Celebrities, in which the well-loved baker Mary Berry was appearing.

It was here that he accidentally offended the Great British Bake Off legend.

He said: “When we swear during filming, particularly when we have celebs on, it reminds them that we will edit it.

“That’s when I decided to say ‘motherf*****’ in front of Mary Berry. I don’t think she ever visibly relaxed.”

He noted that he sometimes needs to take certain measures when celebs appear on the show, and said: “Sometimes the celebs are a bit prickly to start with.

“It takes a round or two to make them realise we’re not having a laugh at their expense.”

Richard Osman, his co-host, also joked about the gaffe, and said: “She did not take it well and will not be back.”

Mary has not appeared on the show since.

‘Iceland with Alexander Armstrong’ airs tonight on Channel 5 at 9pm.