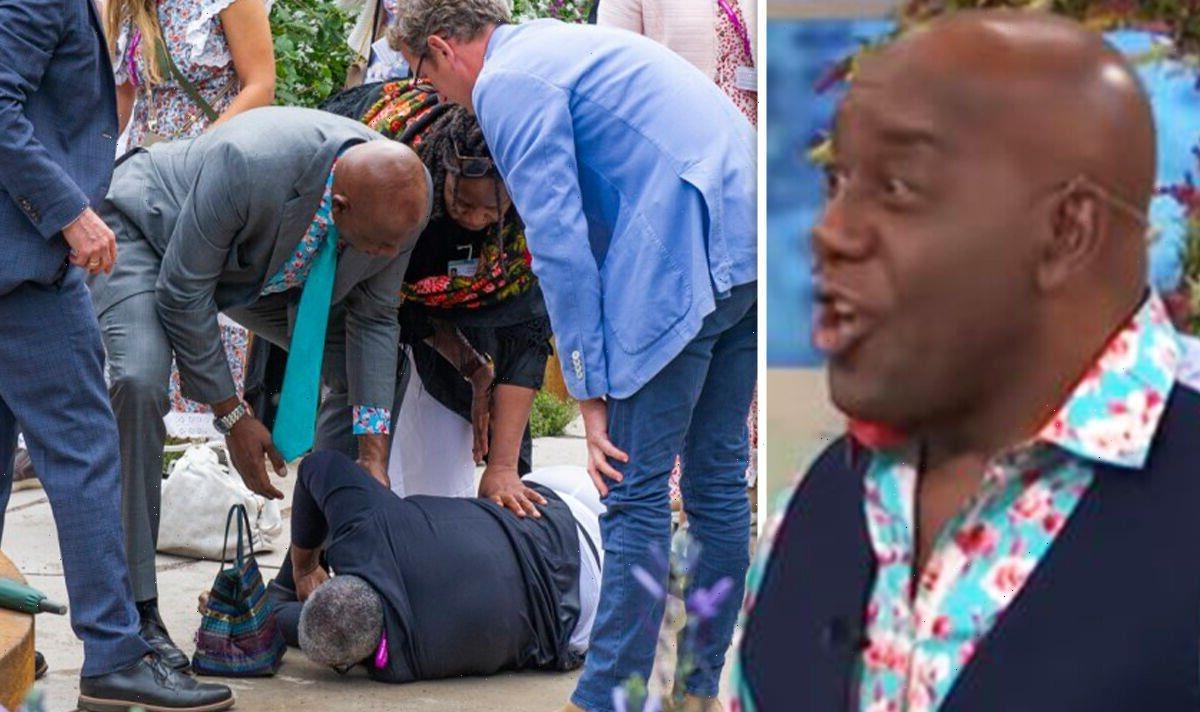 Ainsley Harriott tries to FEED James Martin with a fork

Ainsley Harriott has taken to Twitter to break his silence after saving a woman from drowning at the Chelsea Flower Show today. The chef, 65, revealed that the woman who fell into the pond was his sister as he thanked those who helped to pull her out of the pond at the flower show earlier today.

She’s doing fine and all is well

In view of his 23,200 followers, the celebrity chef reassured his fans that his sister is recovering from the fall.

Ainsley wrote: “Just a big thank you to everyone who helped my sister when she had a fall at the Chelsea Flower Show this morning.

“She’s doing fine and all is well xx,” he ended the post alongside a smiley face.

It comes after his sister Jacqueline dramatically fell into a pond at the Chelsea Flower show today.

The chef and other onlookers rushed to save Jacqueline from drowning following her fall.

Ainsley could be seen pulling his sister out of the water alongside other celebrities, including DIY SOS star Nick Knowles who attended with his girlfriend.

Following his tweet, fans of the star took to the comments to express their relief that AInsley’s sister is “doing well”.

Twitter user @9ee wrote: “Hope she is ok. Must have been quite a shock for both of you! Best wishes. x”

@robsgiants commented: “Or Ainsley hope she feels better soon you better get round there quick and cook her something nice for tea.” (sic)

An onlooker described the dramatic scenes at the show earlier today.

They said: “The garden was packed with lots of people and I think the woman must have fallen into the pond or tripped over and ended up in the water.

“I think she nearly drowned.

“She was pulled out by Ainsley Harriott and some other celebrities before they laid her down on the floor.

“She was coughing up lots of water,” they told The Sun.

After Jacqueline was pulled out of the pond, she reportedly went on to receive attention from paramedics.

The Royal Horticultural Society addressed the statement in an incident.

It read: “The guest was quickly attended to by on-site medical professionals and we are pleased to say is now home and well.”

The Chelsea Flower Show runs until Saturday 28 May.

The display this year features displays to mark the Platinum Jubilee.