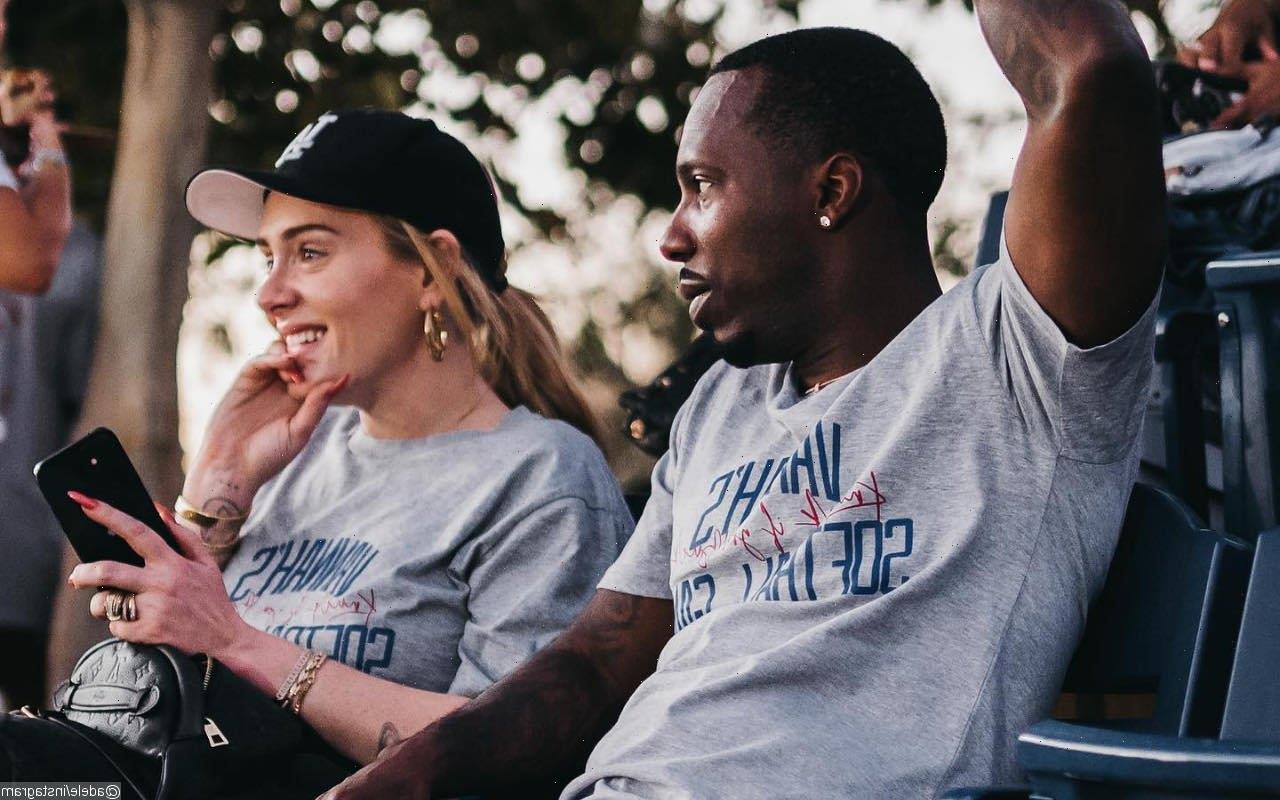 Earlier this month, the ‘Easy On Me’ hitmaker confidently said that she ‘absolutely’ wants to remarry and that she ‘definitely’ wants ‘more kids’ with her sports agent boyfriend.

AceShowbiz -Is Adele a married woman now? The “Easy On Me” hitmaker has sparked speculations that she has tied the knot with her partner Rich Paul after fans spotted a big clue on her latest social media post.

On Monday, September 5, the chart-topping singer turned to her Instagram account to celebrate her recent Emmy win for her TV concert “Adele: One Night Only”. “Bloody hell I’m pleased as punch! Thank you @mrbenwinston for dropping this round to me this afternoon!! Trust me to officially have an EGO,” she wrote. “Thank you so much @televisionacad , I’m so so honored to receive this. Big up to everyone involved. @griffithobservatory thank you for letting me sing up on your mountain and big love to all the other nominees x.”

While the caption didn’t offer any clues, there’s one photo in which Adele can be seen next to some sort of customized game box called “The Paul’s.” This has many fans in the comments section believing that Adele is now taking on Rich’s last name.

” ‘The Paul’s’…is you married?!” one person commented, with another fan adding, ” ‘The Paul’s’ MY GIRL IS MARRIED!” A third pointed out, “well she wears a ring I just can’t tell if it’s a wedding one.”

Adele and Rich haven’t responded to the speculation, but earlier this month the “Someone Like You” songstress made it clear that she wants to remarry. When asked about walking down the aisle for the second time, she confidently told Elle, “Yes, absolutely.”

Adele also unveiled if having babies is in her and Rich’s future. “I definitely want more kids,” so shared the Grammy-winning artist. “I’m a homemaker and I’m a matriarch, and a stable life helps me with my music. But right now, all I got in my brain is Vegas. I wanna f**king nail it.”

In August, Adele herself hinted that she can see herself marrying her sports agent boyfriend. “I’ve never been in love like this. I’m obsessed with him,” the “Rolling in the Deep” songstress confessed.