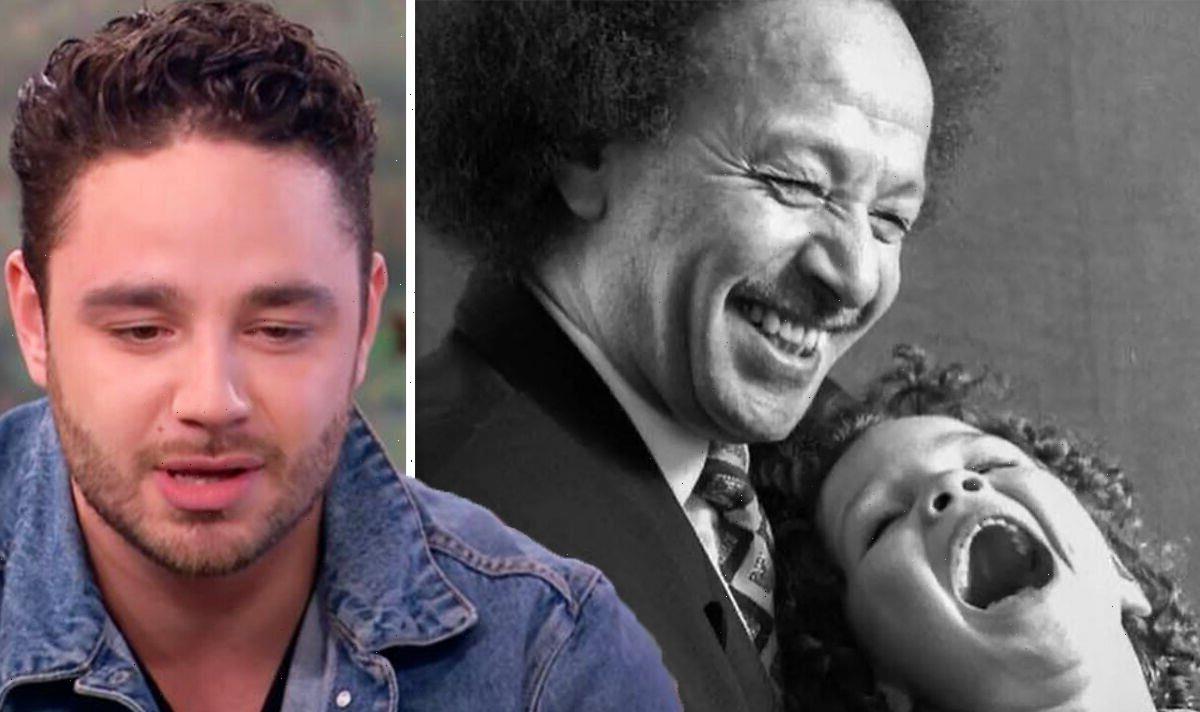 Emmerdale star Adam Thomas has recalled the heartbreaking moment he tried to resuscitate his father following his death at the end of November in 2020. Speaking in a new episode of the podcast he shares with his brothers Scott and Ryan Thomas, the actor, 33, spoke at his “regret” that the last memory he has of his dad is when he was “jumping up and down” on his dad, trying to “save him”

I’m jumping up and down on my dad, trying to save him

The star spoke candidly about the heartbreaking experience to his brother Scott and Ryan.

Recalling the moment in December 2020, Adam broke down in tears.

He told his siblings: “I remember getting out of the car and running upstairs in Scott’s house, and just seeing him there laying on the sofa.

“I just thought, ‘I’ve got to try and help him so I’m taking him off the couch and I’m trying to resuscitate him.

However, the star told how he didn’t give up.

Adam went on: “I remember just thinking, “Wow, this is just not how I expected it to go.”

“I’m jumping up and down on my dad, trying to save him,” he added.

The Waterloo Road actor had been alerted by Scott’s cleaner and was the first to reach his father.

Scott reassured Adam as he continued to break down.

He went on: “It’s just so hard, because you don’t really talk about it that much and that’s the one thing that I regret, that that’s the last memory of my dad.

He went on to reveal that his dad’s phone started to ring while he was trying to resuscitate him.

Speaking about the ringtone, Adam saud: “It’s my dad singing Kung Foo Fighting, and I’m just like, ‘What is going on?'”

They star told how his dad would have been “laughing” if he saw what was going on.

“I’m thinking, ‘My dad’s in the room right now just watching me trying to save his life, laughing is a*** off,'” he added on their Mancs On The Mic podcast.

Addressing his dad’s death at the time, Adam wrote in view of his one million followers: “My sunshine on a cloudy day.

“Thank you to all my friends, family and all of you guys for all the lovely messages over the past week or so I needed it so thank you.”