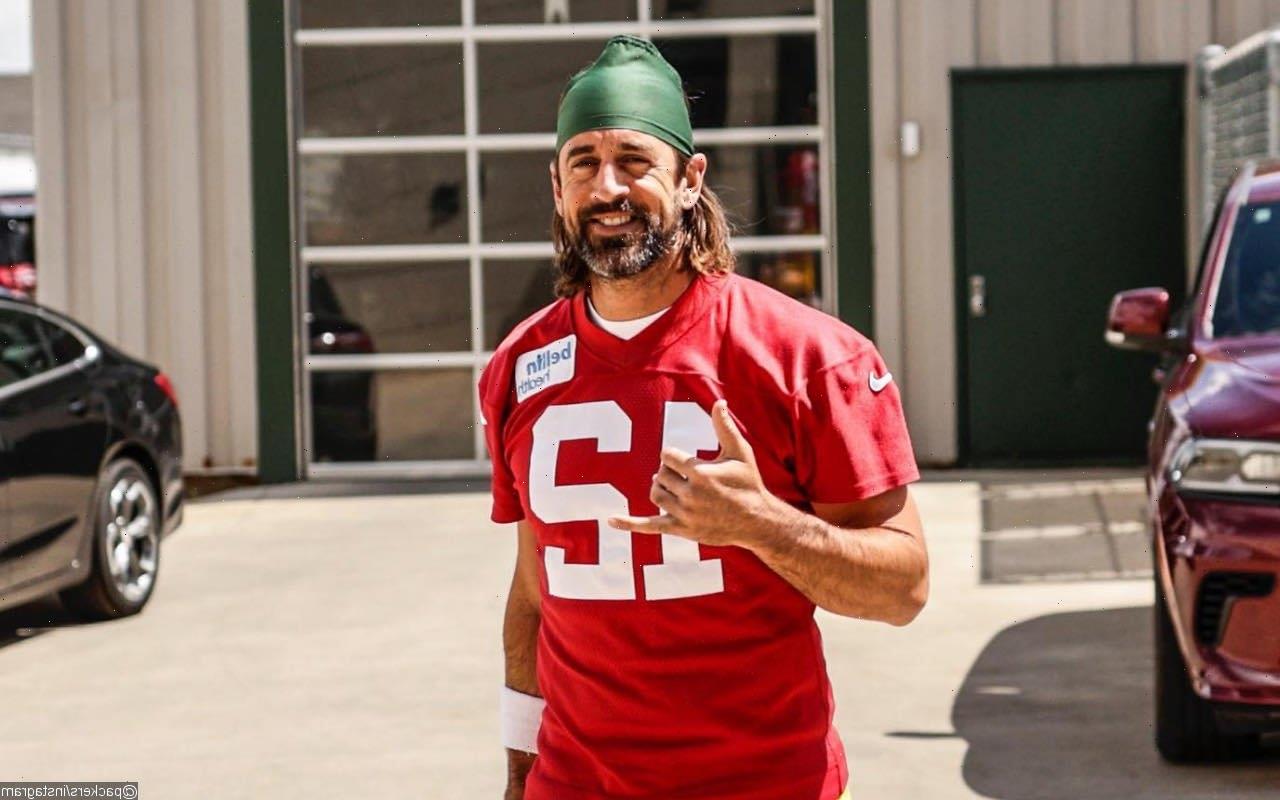 The Green Bay Packers quarterback stirs retirement speculation with postgame moment caught on camera as well as cryptic message he says during his latest press conference.

AceShowbiz –Aaron Rodgers has done something that has stirred speculations about him retiring soon. The NFL star has sparked retirement rumors with his cryptic postgame actions and comments.

On Sunday, January 8, following the loss of Green Bay Packers to Detroit Lions, cameras caught Lions rookie receiver Jameson Williams asking the 39-year-old for his jersey after the game, to which the Packers quarterback replied, “I’m gonna hold on to this one.”

Jameson appeared surprised, before saying, “You told me.” The video then saw Aaron moving on and sharing a moment with Lions running back and former Packer Jamaal Williams. Fans were quick to speculate that Aaron wanted to keep the jersey in case the Packers’ defeat was his final NFL game.

Not stopping there, Aaron addressed his playing future in his postgame press conference, saying he needs time to weigh his decision after the emotion subsides. “It’s a feeling,” he said of what it’ll come down to this offseason, adding that he won’t hold the organization hostage with a dragged-out decision. “Do I feel like I have anything left to prove to myself? Do I want to go back and gear up for another grind? Or is it time? Is it time to step away? Is it time for another voice to be leading this team?”

“I feel good about what I’ve accomplished in this league and wouldn’t have any regrets walking away,” Aaron went on explaining. “But I gotta see what it feels like once I get away from this.

Aaron further elaborated, “I think I need to get away and contemplate those things. Those are real to me.” He continued, “I have a lot of pride in what I’ve accomplished in this league but I’m also a realist and I understand where we’re at as a team.”

“We’re a young team, there could be some changes with some of the older guys and it could be time to step away. But I could take some time and say hell no, man, I need to get back out there and go on another run,” Aaron shared, “But I’ll have to see what it feels like once I’m away from it.”

Elsewhere during the press conference, Aaron stressed that “it’s gotta be mutual on both sides” with the Packers in order for him to return to the team. As for whether he’s open to going to another team, he confessed that he doesn’t know yet. “I don’t like saying never, but I gotta see how I’m feeling first, once the emotion is out of it and have the right conversations and see what the best direction is,” he said.