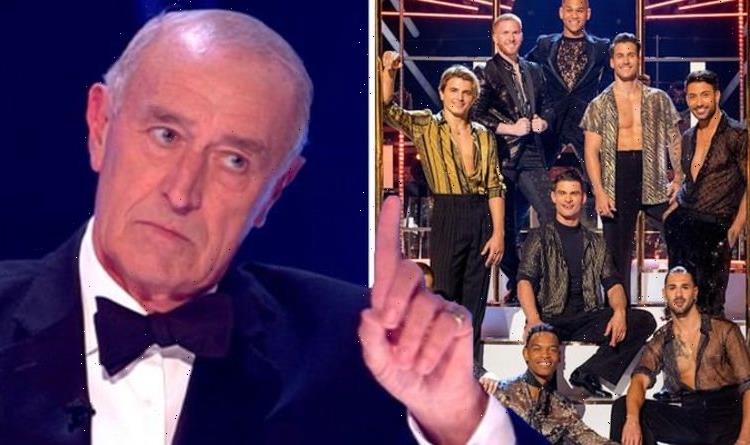 Len Goodman, 77, was a staple on Saturday night TV for many years while appearing on Strictly Come Dancing as a judge. However, in 2016, he stepped down from the programme and has since admitted there is a lot of work “he doesn’t want to do”, as he now focuses on his charity work.

Speaking on his decision to leave Strictly Come Dancing, Len told Express.co.uk: “The thing is, there’s a lot of work I don’t want to do. Anything to do with charity, if I can, I will do it.”

He added: “I enjoyed doing the show very much. I did it for 12 years, I did the absolute best I could.

“I couldn’t think of anything else to say about the Viennese Waltz. But I enjoyed doing it.

“And yeah, the thing is, I just thought it was a good time to stop. You had to be careful that I never fell asleep.

Speaking on whether he catches up with ex co-stars Craig Revel Horwood, Dame Darcey Bussell or Bruno Tonioli, Len revealed: “No, I haven’t, I haven’t. Part of my path hasn’t crossed any of them.

“I played golf the other day with Anton [Du Beke],” Len added of his former Strictly co-star, who has joined the panel full-time this year alongside Craig, Shirley Ballas and Motsi Mabuse.

Opening up on the advice he would give Anton, the ballroom star said: “I don’t want him to start to copy them [the other judges] in any way, I want him to be himself, be honest.

“He is unique because he’s been a dancer on it, he knows the difficulties and the problems.

“As a judge on that show, you have to get your own personality, you have got to find that, and I’m not sure they have all got it now, exactly.”

The TV veteran shared how Craig still stands out amongst the judges, as he is not afraid to give contestants a cutting remark or two.

Len continued: “He has got his own views and he is very strong about all that.

“When I was on it, you had Bruno, who was always going on about the performance, you had Darcey, who would talk about fluidity of movement and the posture. Then you had me, the old technical fuddy-duddy.

“So you had four very clear people on there who kept to their own opinions,” he added.

In comparison, Len believes the current panel does not have the same individuality.

He continued: “I don’t think you have that anymore, it’s all blended into one, apart from Craig.”

After seven series in 2019, Dame Darcey stepped down from Strictly to focus on other commitments.

South African dancer Motsi replaced her, and Bruno was unable to fulfil his commitment on the show last year due to flight restrictions between the US and UK.

The Italian star is also missing the current series as international travel restrictions remain in place due to COVID-19.