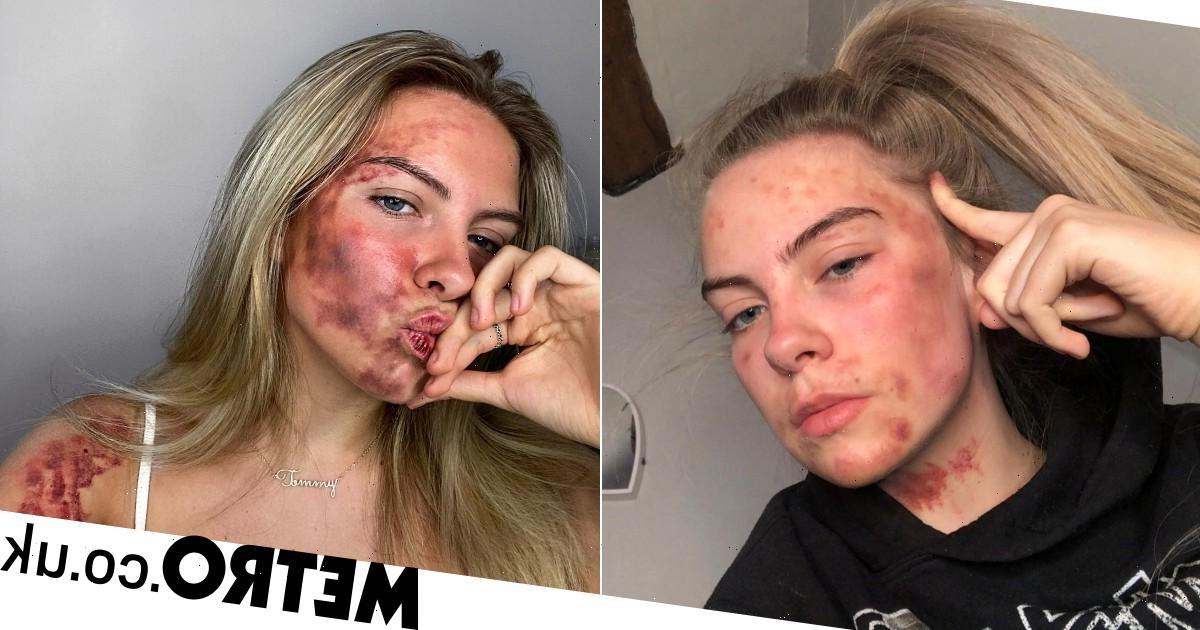 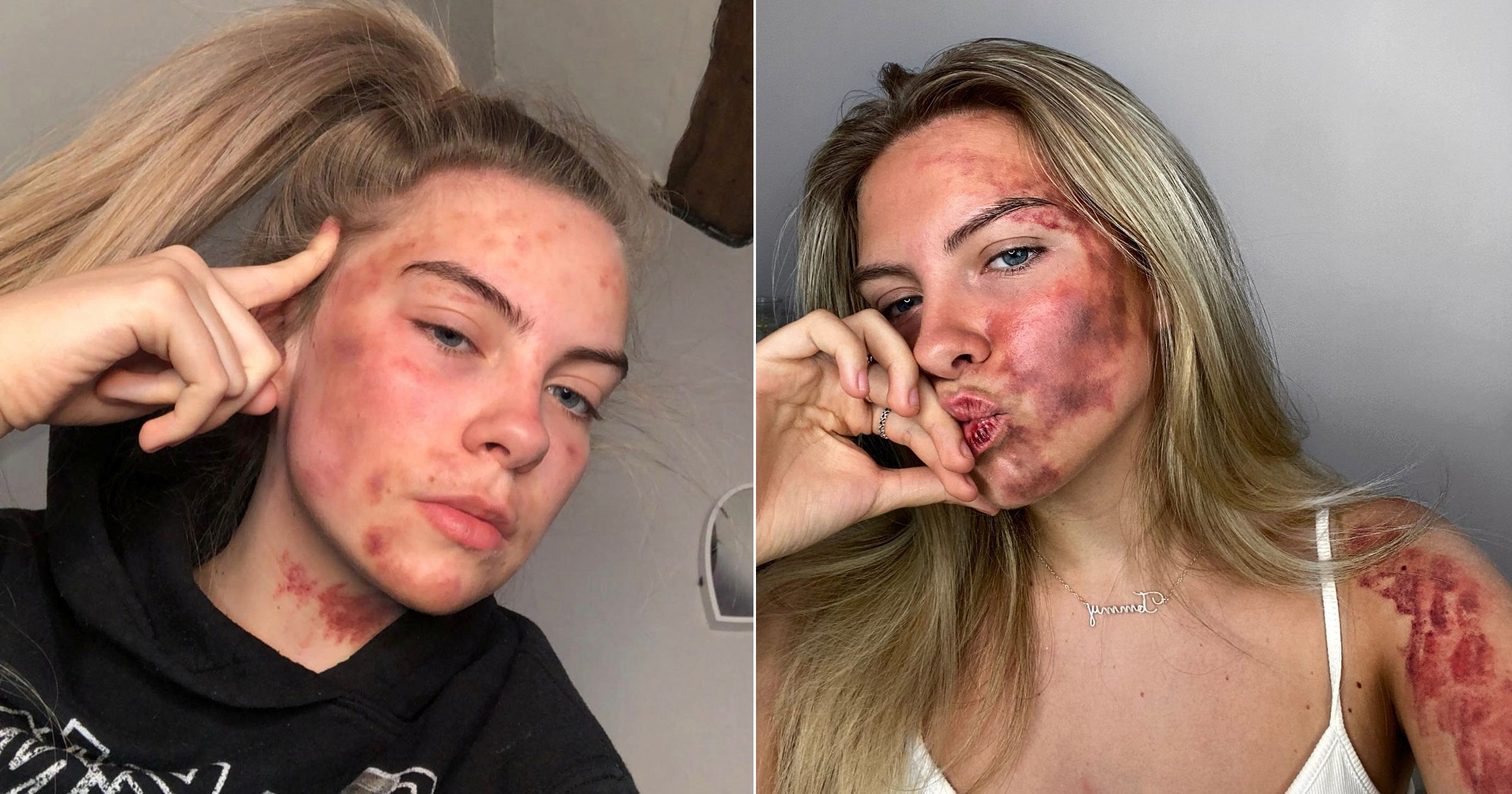 A young woman with a skin condition that causes bruise like rashes all over her face is embracing her natural look and going make-up free.

Nancy Morel, 19, first noticed something was wrong with her skin when she was shopping with her mum, Jackie, 50, in 2015.

Her lips appeared swollen – as if she had been stung by an insect – and when she arrived at A&E at Milton Keynes University Hospital, Buckinghamshire, they suspected it was an allergic reaction to ibuprofen.

She was transferred to Addenbrooke’s Hospital, Cambridge, for a diagnosis but doctors struggled to pinpoint what was causing her unusual symptoms.

Nancy, a content creator, from Milton Keynes, Buckinghamshire, said: ‘My whole skin flares up in what looks like rashes and bruises.

‘It constantly feels like hundreds of needles poking in and out – it’s very sore.’

Over the years she has had countless tests but medics have been unable to say what has been causing her bruise like rashes.

She has also tried countless treatments, including creams and ointments but Nancy says they affected her every day life.

She says, ‘I felt tired and sick.

‘It affected my behaviour and there were periods I couldn’t go to school.

‘Luckily everyone at my school was amazing and no one had a bad word to say about my condition.

‘They grew up learning about my condition with me.’

Eventually, Nancy gave up on trying to cure her mystery condition, but still felt low about her skin.

Nancy says his courage gave her the confidence to ‘keep going’ and help others as ‘he never let his disease get him down’.

Last year Nancy had the worst flare up she had ever had but remembering her dad’s kind words of encouragement and positivity got her through.

‘I was really upset about it but then I remembered my dad always used to say PMA – positive mental attitude – and I decided to change my mindset,’ she said.

‘He never let his illness control his life.’

Now, Nancy – who is the youngest of eight siblings and twin to sister Tilly – can only use paracetamol to relieve the pain due to allergies.

People often stare at her but she doesn’t mind and sometimes uses it as an opportunity to explain her condition to them.

She embraces self-love and uses her platform to help others with insecurities and skin conditions.

Nancy added: ‘I’m embracing and loving myself – I have thousands of girls and boys, men and women who message me to say I’ve helped them overcome their body confidence issues.

‘I’m hoping to make social media a more inclusive space for everyone and that looking unique is a very special thing.

‘I am beautiful even if I don’t fit the prescribed beauty standard and I want to help others to not let their conditions define them.’