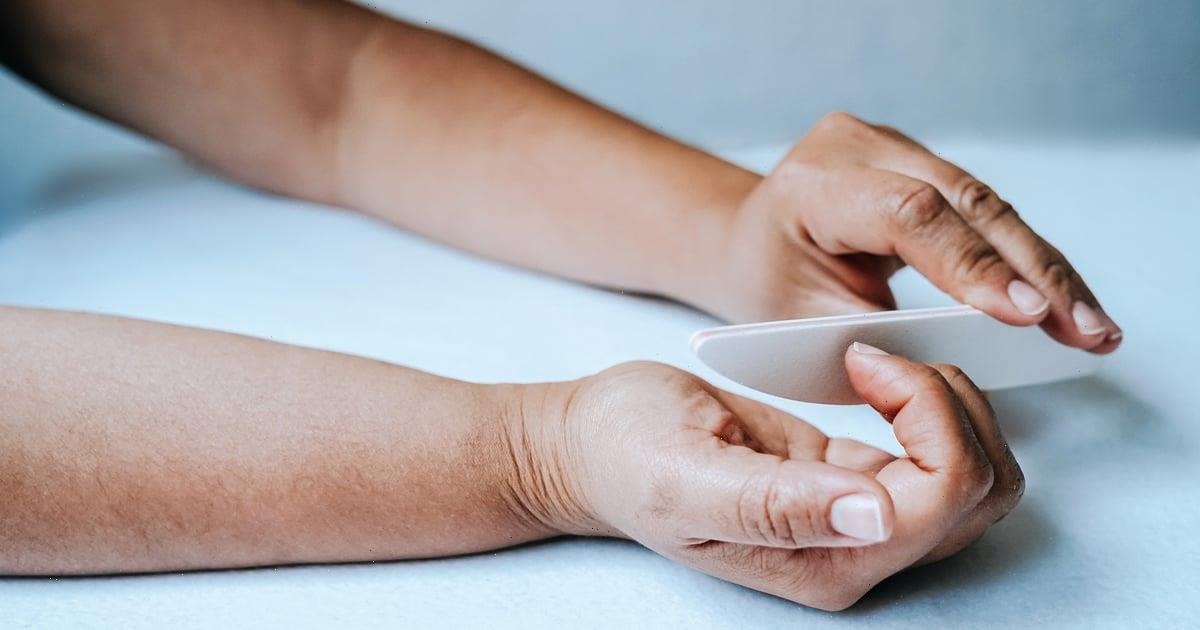 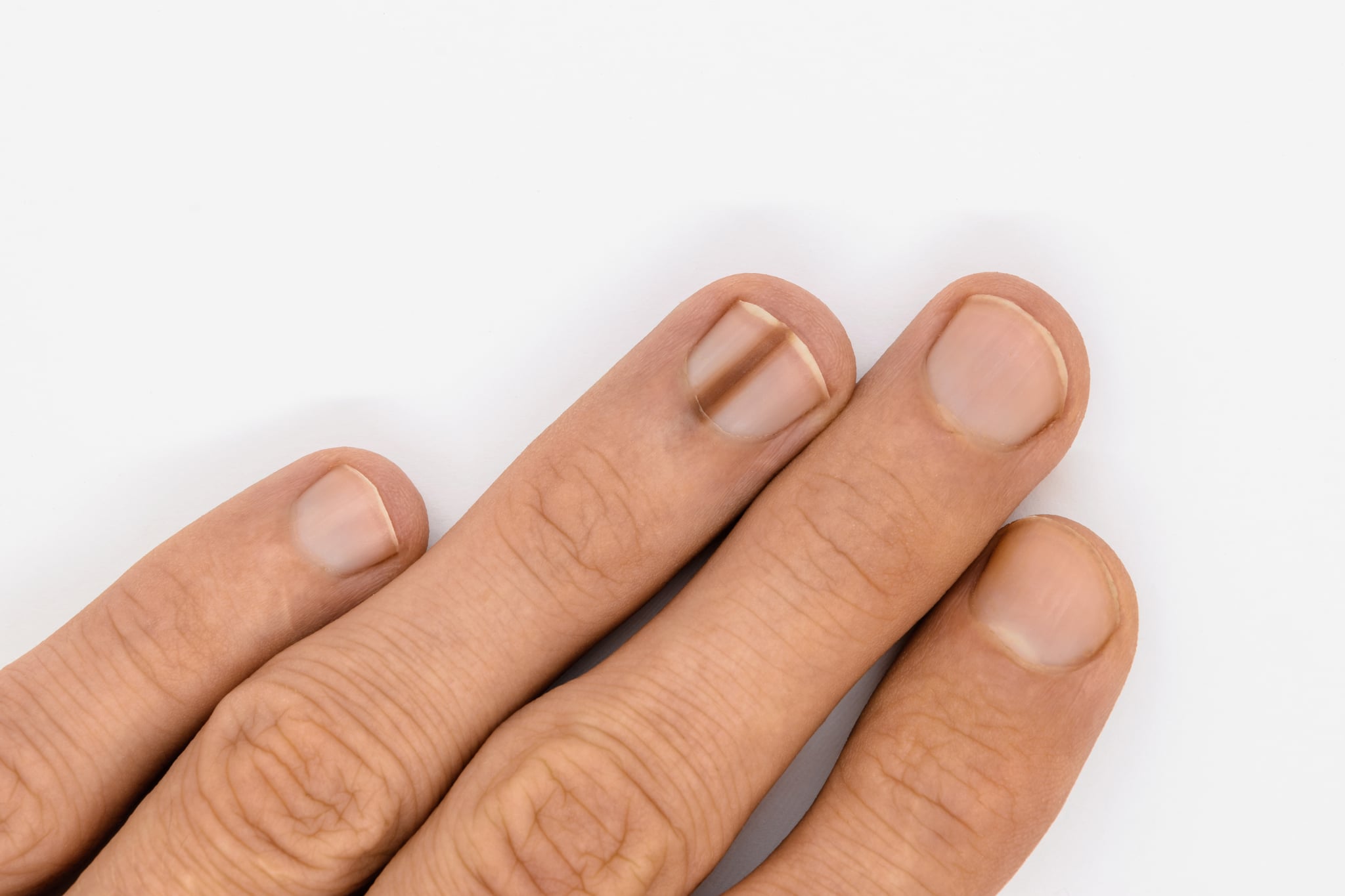 Have you ever taken off your nail polish, only to notice a dark line on the nail running vertically down your finger? These black lines on fingernails may look like bruising or internal coloring — not like you just accidentally created an edgy nail-art trend. Since your nails are a reflection of your overall health, it’s important to get anything out of the ordinary checked out by a medical professional first to determine if it’s just a splinter hemorrhage, melanonychia, or something worse like melanoma.

We asked celebrity manicurist Hannah Lee to help us understand what those black lines on your nails are and how to treat them.

Black Lines on Nails From a Splinter Hemorrhage

“A narrow black line underneath your nail could be a splinter hemorrhage,” Lee tells POPSUGAR. According to Healthline, a splinter hemorrhage is a “narrow black line that has formed vertically underneath your nail.” It can look black or reddish brown in color, doesn’t change appearance when you apply pressure to the nail, and appears in one or more places under your nail. (Note: thicker lines that create a horizontal stripe on the nail are called Beau’s lines, which are often symptoms of a more serious condition.)

There are a few different things that can cause splinter hemorrhages to form underneath the nails. “It is [typically] caused by damaged blood vessels underneath your nail,” Lee says. “Black lines can be a result of a variety of health conditions, but a common reason is due to trauma. Another common reason these may appear is due to poor nutrition or a fungal infection.”

Serious conditions that can cause a splinter hemorrhage include bacterial endocarditis, vasculitis, systemic diseases, diabetes, Raynaud’s disease, and cholesterol. Lee emphasizes the importance of seeing a pro if you think these may be the underlying cause: “It is always recommended to visit with your doctor to confirm why these lines are appearing. From there, it’s best to discuss a plan on what you may be lacking or need to do to properly treat the lines with the guidance of a medical professional.”

How to Treat Black Lines on Nails

There is no real treatment for splinter hemorrhages, other than time. “You usually just wait for the black lines to grow out as long as it is not caused by something more serious, like melanoma,” Lee says. (Again, you’ll want to see your doctor to be sure.)

If the black lines are an eyesore and you’d rather not look at them every day, painting your nails can help cover them up until they go away. According to Nails Magazine, a top trade magazine in the nail industry, nail technicians are advised to use a noncolored gel or acrylic on nails with a splinter hemorrhage to “be sure the hemorrhage is moving toward the free edge.” (It is also fine to use colored polish, which can easily be removed at home if you need to check on your nail health.)

“It is totally fine to paint over them if it’s just caused by something like trauma,” Lee says. “If it turns out to be something like a fungal infection or melanoma, it would be best to get that treated immediately before applying polish again.”

Most of the time, thin, vertical black lines under your nails are no cause for concern. But if you’ve had them for a while or you just want to make sure they aren’t a sign of something more serious, getting examined by a medical professional is your best bet.