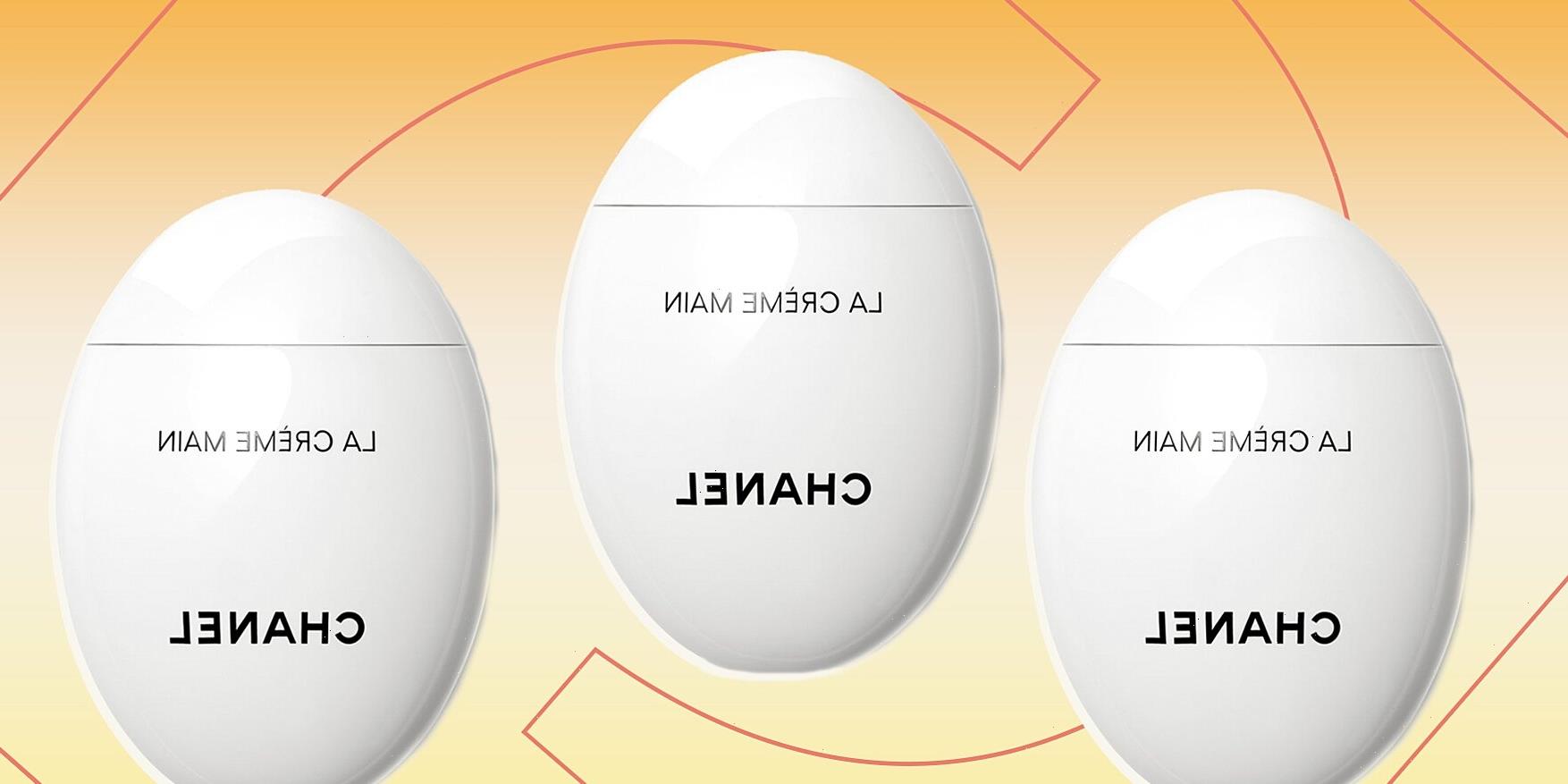 Hands down, orbs (read: blorbs) are the cutest shape. Is that a hot take? Maybe not, since the competition isn't exactly fierce. But packaging is a linchpin of the beauty industry, as the success of Glossier, Gucci, Byredo, and Charlotte Tilbury demonstrate — so leave it to Chanel to come up with a hand cream that's not only incredibly effective, but comes in the most chic packaging this side of the Atlantic.

The overlap of minimalism and adorableness isn't a huge space, but the brand's Le Crème Main checks both boxes with its glossy white, egg-shaped squeeze tube. It's definitely unusual, so when Margot Robbie pulled it out of her bag in a video for British Vogue earlier this month, the image stuck in my mind (along with the comment that she's "a packet of Kleenex short of turning into [her] mum," which, relatable).

Robbie's a Chanel ambassador, so it's not the most surprising thing that her bag is stocked with the cream and Chanel lipstick (along with Burt's Bees tinted lip balm, FWIW). But as an Australian citizen, the actress is likely more than familiar with the impact of sun damage; in past interviews, she's mentioned using foundation, tinted moisturizer, and lip balm infused with SPF. And according to shopper reviews, the hand cream's formula shines at addressing the aftermath of too much sun. "Worth every penny. Makes my age spots diminish and crepey skin disappear," writes one person. "Wish it came in a big tub for the whole body!" More add that the silky formula leaves their skin soft but not slippery, and the scent is classically luxurious but not overwhelming. Think the efficacy of L'Occitane or O'Keefe's hand cream, but it smells like a $108 perfume.

"It instantly improves the texture of my 56-year-old hands, and it's helped my nail ridges," writes another shopper. Those effects trace back to the cream's use of "regenerating and brightening" sweet iris extract, which the brand says protects the skin barrier and helps diminish dark spots. It's joined by rose wax, which hydrates, softens, and leaves a long-lasting "protective veil" against the elements.

Glycerin, jojoba oil, panthenol, vitamin E, sunflower seed wax, hyaluronic acid, and shea butter further up the moisture quotient, and licorice root extract adds to the brightening impact. Yet despite that cavalcade of moisturizers, the formula doesn't feel wet or greasy, but is the only lotion reviewers have found that hydrates without leaving their hands feeling coated in product.

"This cream makes your skin soft and silky. It smells amazing and feels like luxury," a last shopper writes. For $50, we'd expect nothing less — but then again, Chanel's skincare normally runs in the $100 range, and Le Crème Main melds those benefits with the sensory delight of Chanel perfume. For that, the unadulterated joy of gazing at a futuristic egg of hand cream, and owning something from the esteemed French brand, the investment pays off in pleasure.