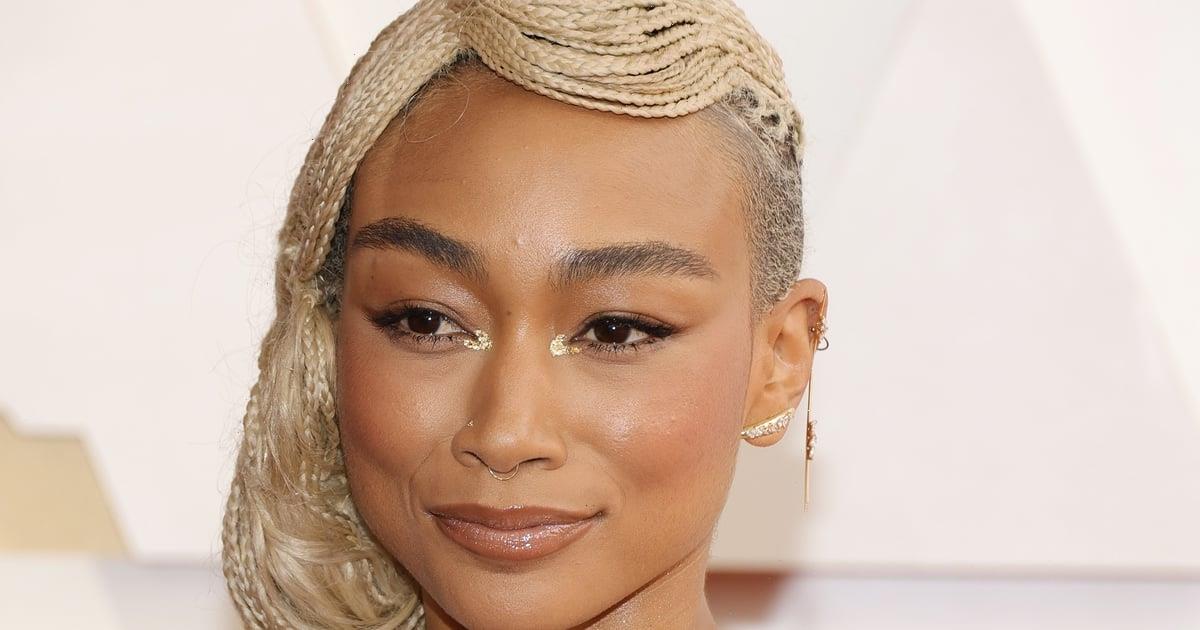 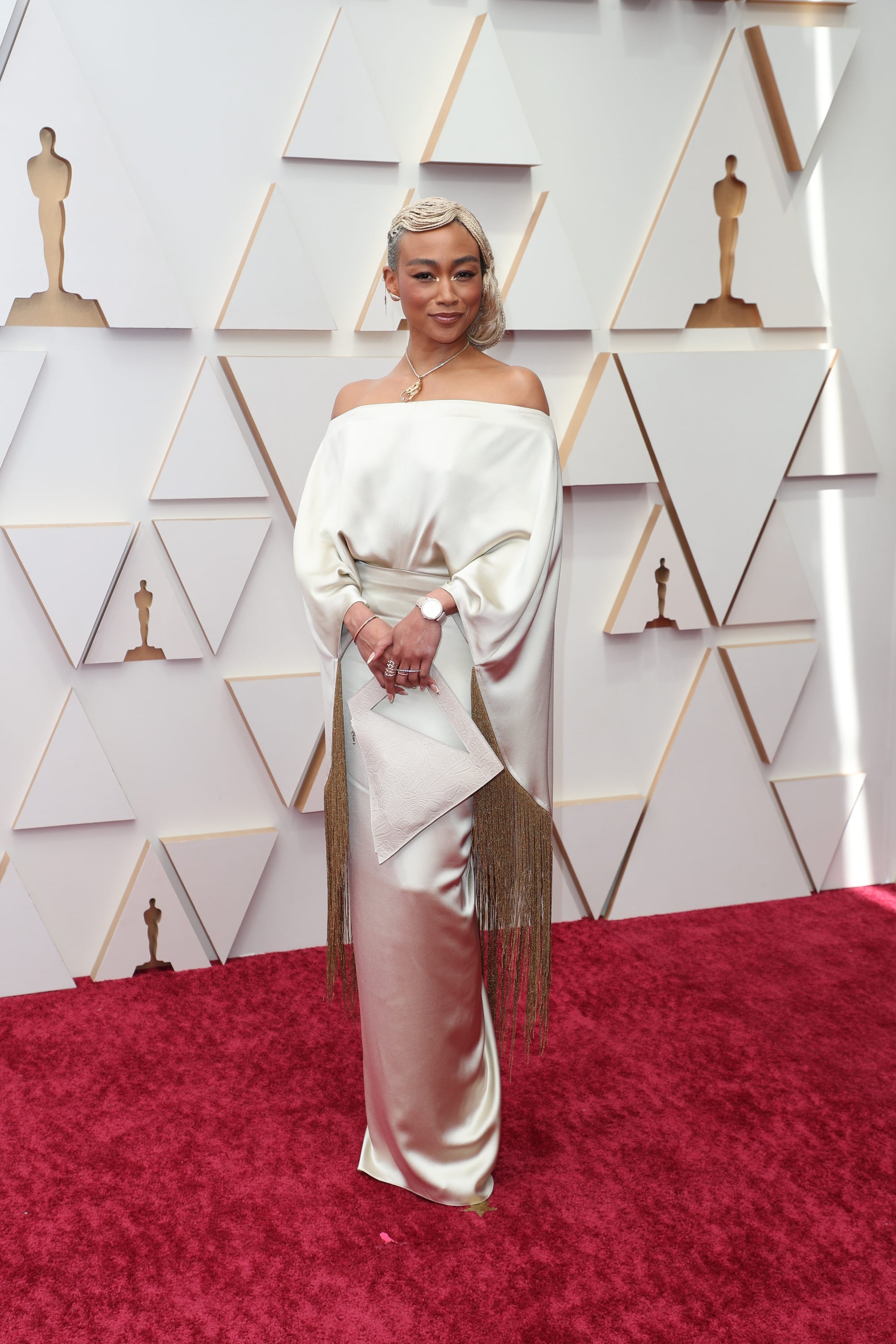 The Oscars have only barely begun, and the stars are already bringing their red carpet A-game. Fan-favorite Tracee Ellis Ross stunned in a slicked-back bun and red lip that perfectly corresponded with her strapless Carolina Herrera dress. “Encanto”‘s Sebastián Yatra was a vision in an all-pink three-piece suit. And “You” actress Tati Gabrielle made her Oscars debut one to remember in a head-turning braided hairstyle.

Gabrielle, who has also starred in the Netflix series “Chilling Adventures of Sabrina,” not only arrived with her signature sidecut, but she also added platinum-blond goddess braids. If that weren’t enough to win her a “Best Beauty Moment at the Oscars” award, she also decided to create a tucked bob with said braids for a classic spin on the chic hairstyle.

As for the rest of her look, Gabrielle kept the majority of her makeup pared back (her fluffy brows and satin skin are the ultimate spring beauty inspiration, might we add). Her glittering, gold inner-corner highlight took her entire look up a notch, further complementing the tones in her hair. Can we talk about mastering the details?

There are still more beauty moments to come, but Gabrielle has immediately secured her place on our list of favorite Oscars looks. Take a closer glance at her hair below. 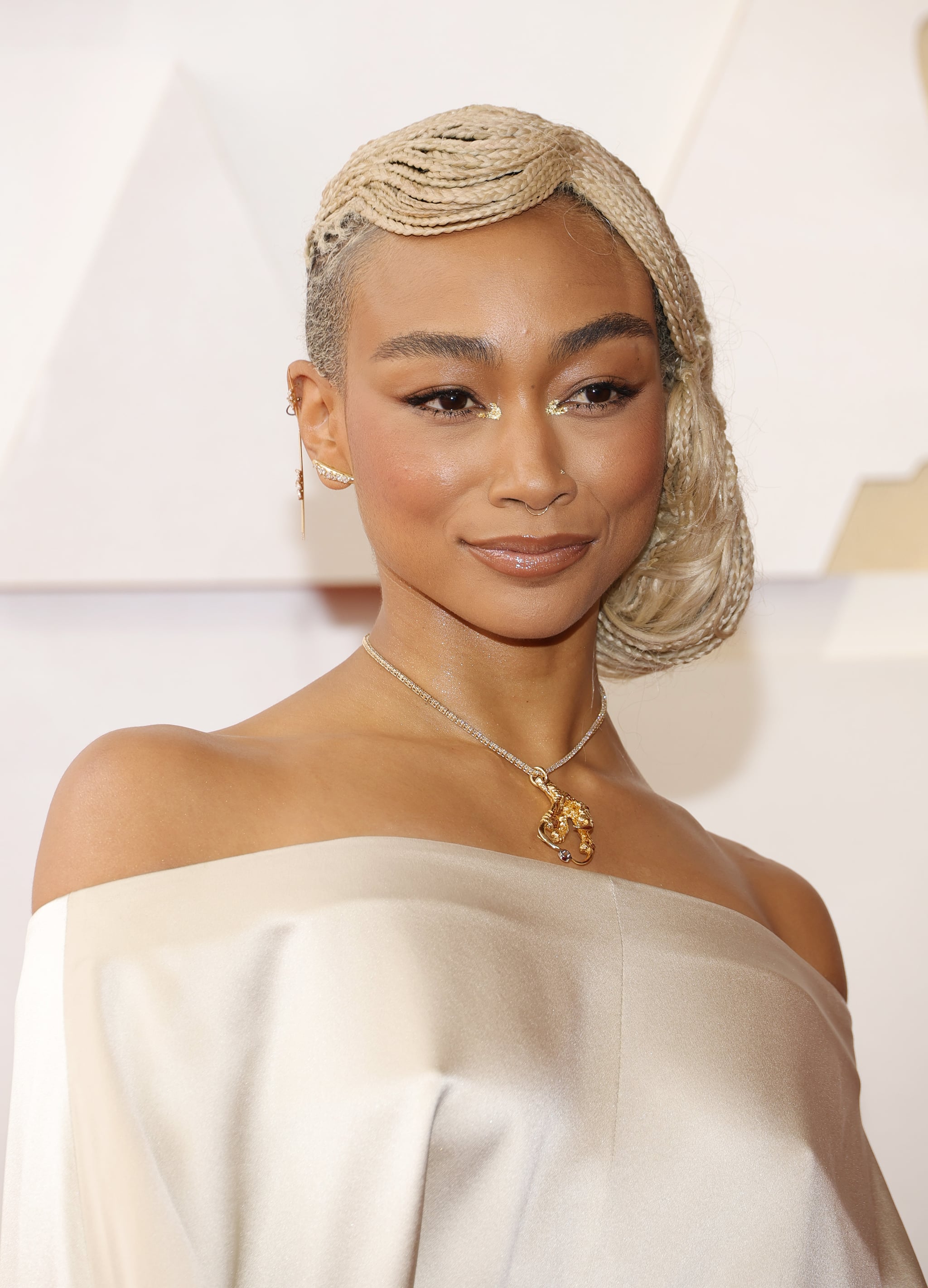