Many brands wave the "you asked, we listened" mantra around, but Tarte is one company that promises to follow through. Tarte’s is launching Face Tape Foundation, creating new formula and shade range to replace its Shape Tape Foundation, mainly because of customers’ suggestions and complaints. The 50 shade line comes after a LOT of controversy surrounding the launch of Shape Tape Foundation one year ago, and Tarte isn’t shy about addressing its missteps with the previous launch.

The new foundation, which will release later this month, is manufactured similarly to the original, cult-classic Shape Tape Concealer with a full coverage formula and matte finish. The reformulated foundation will matte, hydrate, and highlight your face, just like its concealer counterpart, and will give you 12-hour protection that is transfer-proof, waterproof, and sweat proof. The formula also comes in a pump, rather than a doe-foot applicator. 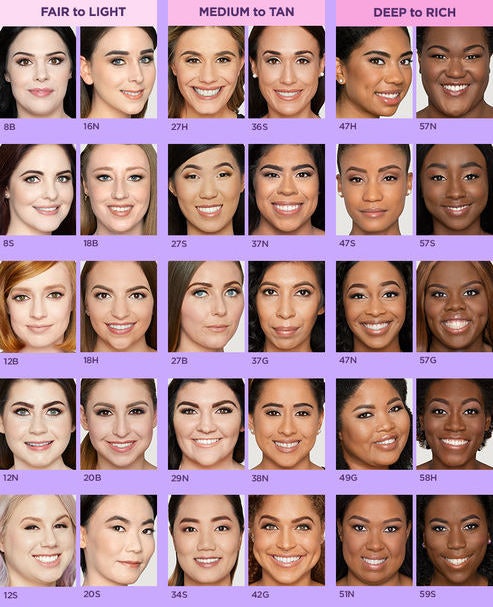 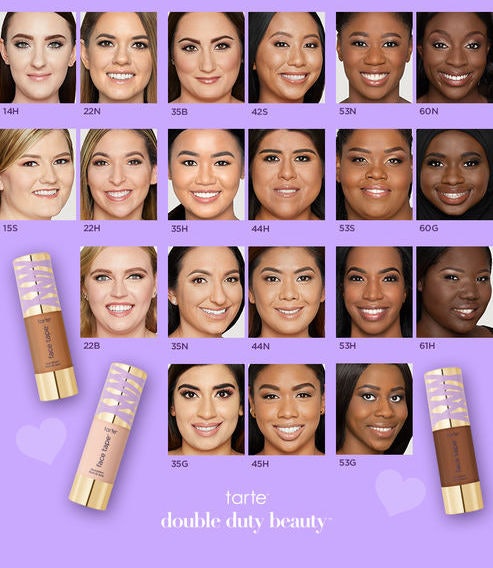 With the new release, Tarte is pulling all previous formulas from store shelves, and sealing them away in the vault.

“It’s really everything we should have launched in the first place," Tarte CEO Maureen Kelly told a group of beauty editors, including Bustle, at a New York City event. “It really is a true powerhouse and, let’s face it, it needed to be. After everything that happened in the past year…this needed to be everything our Tartlettes wanted and then some.”

While the original concealer is a classic product in the beauty world, many fans and shoppers weren’t able to use the two foundation counterparts released one year ago because the brand didn’t carry their particular shade. Fans also voiced their disappointment over the two Shape Tape Foundation formulas — one matte and one hydrating — which they said didn’t live up to the concealer’s iconic formula.

The original launch included 15 different shades, and according to Twitter at the time, only two options were suitable for customers with deep complexions. Users highlighted the fact that there were 13 light-skinned options for the foundation that took into account different undertone needs, but only two dark skinned options were available, and they went from "medium" to "dark."

Tarte went on to add medium and dark shades to the line, but Kelly recognizes the damage was done.

"Regardless how much it was selling and regardless of how many shades we added to it, it didn’t erase how it started," Kelly said. "For me, pulling it back from all our retailers and launching a new one is the way to go. ”

Since Rihanna launched Fenty Beauty and introduced the 50-shade-standard in the beauty industry, more and more fans and vloggers have become more vocal about the lack of shade representation in many of existing brand lines and product launches. Tarte has taken these complaints seriously, and is now hauling back their Shape Tape Foundation and reintroducing it as Face Tape with 50 new shades and five undertones.

"Sometimes you just have to hit the reset button," said Kelly. "I say that to my kids a lot — ‘Just go to bed. You are going to wake up in the morning and things are going to seem better.’ But I woke up in the morning and was like, ‘Oh my God, things are not better!’ So I was like, ‘Let’s just start up again, start from the beginning, start from scratch. We have to fix this, and we will." 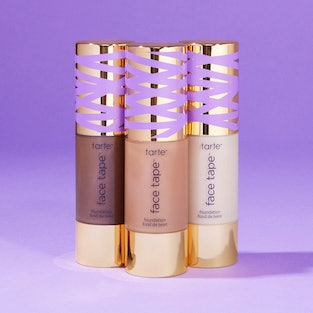 The brand wanted the rehaul to show that they were aware they "messed up" with their limited shade range, and that they will be more inclusive going forward.

“It’s not that it’s not making any money or doing well sales-wise. It is. But that’s not the point," Kelly said. "The point is that we screwed it up. It was not the right way to launch that foundation and we didn’t have enough shades. Once you disappoint someone so deeply, I just think you need to start over.