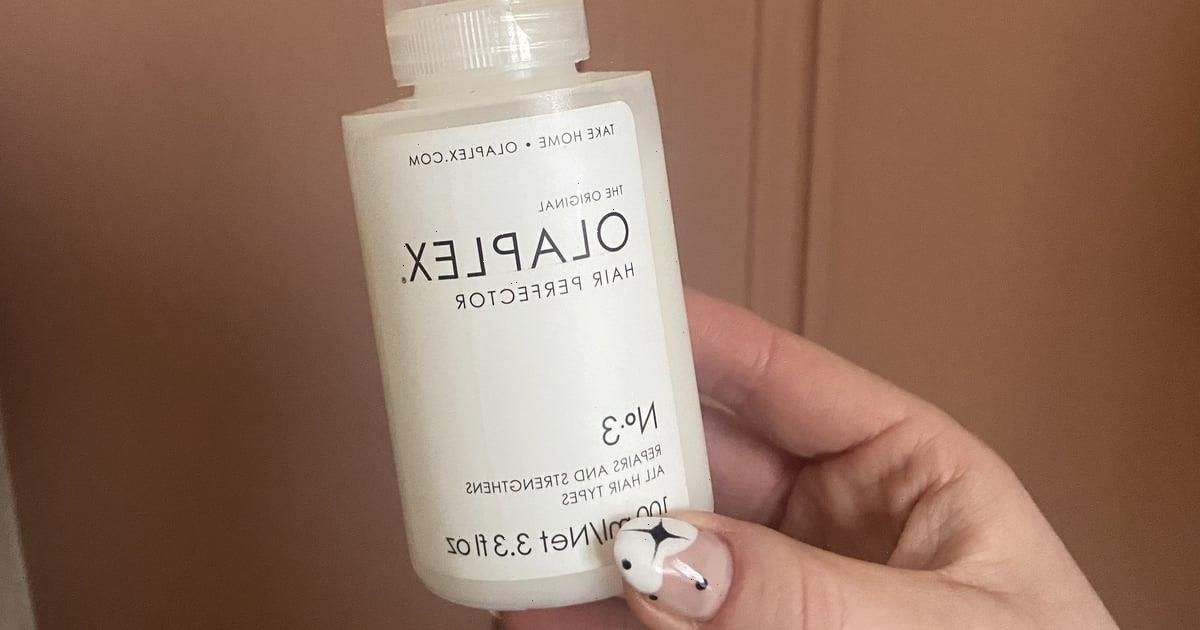 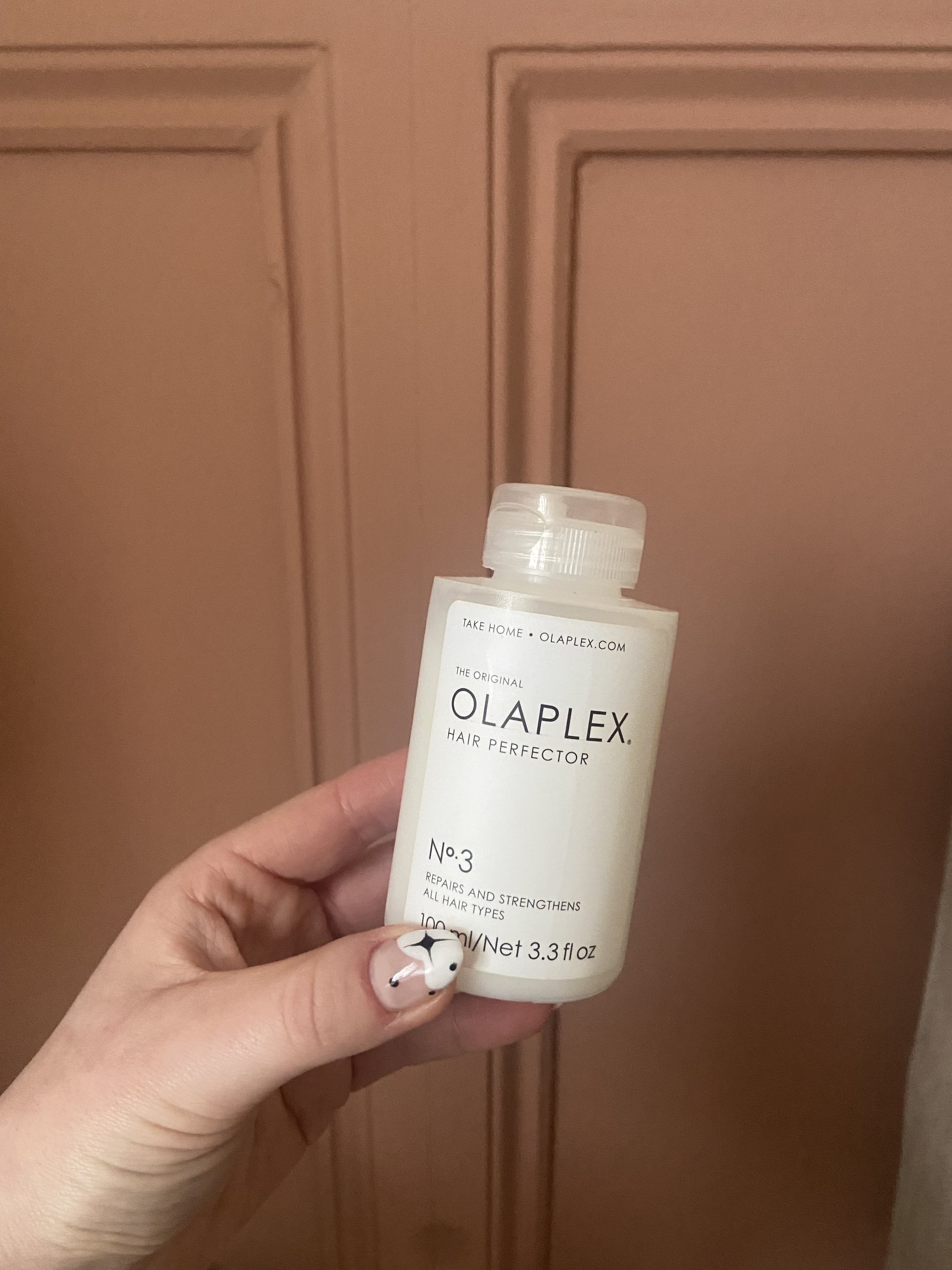 This week, one of our and TikTok’s favorite at-home hair bonding treatments, the Olaplex No. 3, has been in hot water when a report emerged linking an ingredient in the formula to infertility. Unfortunately, and as it often does on the internet, these loaded claims seem to spread rapidly on TikTok with little scientific proof to back them up. So, with the help of an expert, we’re going to get to the bottom of whether Olaplex is really something you should be worrying about (spoiler: it’s not).

The Olaplex and Fertility Claims

On March 25, the website “Tyla” reported that the fragrance butylphenyl methylpropional (known as lilial) — which is now banned in line with EU regulations and has to be off shelves from March 1 2022 — was still found on ingredient lists of Olaplex No. 3 bottles. The publication reported the ingredient in question could have “adverse effects on fertility, as well as on the development of a foetus.” It was further noted that Olaplex users were being “warned to check their bottles” of Olaplex. “Tyla” didn’t state who warned people to “check their bottles” for this particular ingredient, but it certainly wasn’t cosmetic regulators or chemists.

To get the facts straight and avoid any scaremongering (honestly, we do not need any more of that in our lives), we spoke with The Cosmetic Regulator (whose identity remains private) to help clear up the confusion.

Lilial is a fragrance used in beauty products, mostly in perfumes. It has no “active” properties, meaning it is used purely for fragrance. “Studies evaluating the concerns around this ingredient have been happening since before 2015 and the industry has been working on reformulations since then — this isn’t new news if you’re in the cosmetics industry,” says The Cosmetic Regulator. “The reason for the negative resurgence [of lilial] is because March 1 2022 is the ban date for all cosmetic products containing lilial.”

Investigations into beauty products and cosmetics are ongoing with consumer safety being absolute top priority. Brand’s hire in-house teams and also regulatory bodies that make sure products are abiding by the rules. “All cosmetic products sold in the UK and EU are safety assessed strictly by experienced toxicologists who have a responsibility to ensure the product is safe before it can be sold,” says The Cosmetics Regulator.

Unfortunately, the nature of misinformation and the “natural” or “clean” beauty movement has meant that when an ingredient is banned or replaced for an alternative, it can cause mass panic among the public — which is understandable when alarming clickbait headlines circulate. That said, it’s the job of cosmetic chemists to ensure products are safe for consumers.

Should You Throw Away Your Olaplex?

Despite those worrying claims, you don’t need to throw away perfectly good bottles of Olaplex. Like everything in the beauty industry, the ingredient dosage matters and lilial is often included in very low amounts.

“Lilial is only present in tiny amounts (usually less than 0.1 percent) this is nowhere near the amount required to establish a direct link to fertility,” says The Cosmetic Regulator. “Also, cosmetic products are not readily absorbed by the skin that easily. Our skin is designed to keep things out and protect us. Penetrating through layer and layers of skin before even reaching tissue is not something any cosmetic product should be doing. Anything that can do this is a medicinal product. Applying Olaplex to your hair isn’t going to absorb through to have a direct link to fertility.”

As previously mentioned, the danger in beauty is all down to dose. Sure, lilial can be dangerous, but only if you consume a lot of it — and we mean a lot. “You would literally need to eat or dermally apply a solution containing 99 percent lilial periodically for several hours/days to see negative outcomes directly linked to male fertility,” The Cosmetic Regulator says. “It all relates to context: How much is being used? Where is it being used? What other ingredients are in the formulation? How long is it being used for? Which other products is it being used with?”

In short: “Yes, there is clearly a concern with the ingredient and it’s rightly being banned to protect consumers but it is also about context. In the UK, [lilial] can still be sold after today in cosmetic products without any legal implications as the process for banning ingredients hasn’t been established yet since the UK left the EU [due to Brexit backlog].”

Having said that, you won’t find the ingredient in any Olaplex products moving forward. Olaplex is also not being banned in the UK, as this TikTok user claimed.

Olaplex said in a statement: “In September 2020, the EU regulatory authority announced their intent to phase butylphenyl methylpropional commonly referred to as “lilial” out by March of 2022. At Olaplex, lilial was previously used in small amounts as a fragrance in No. 3 Hair Perfector. It is not an active or functional ingredient. While this phase out is limited to the EU, out of an abundance of caution, Olaplex proactively removed lilial from our No.3 Hair Perfector globally. Since January 2022, Olaplex no longer sold products using lilial in the UK or EU.”

To conclude, don’t go throwing away perfectly good Olaplex (let’s be honest, that stuff doesn’t come cheap). If you’re worried about infertility, visit your GP or a medical professional to discuss your health before cutting out effective and safe beauty products from your routine.