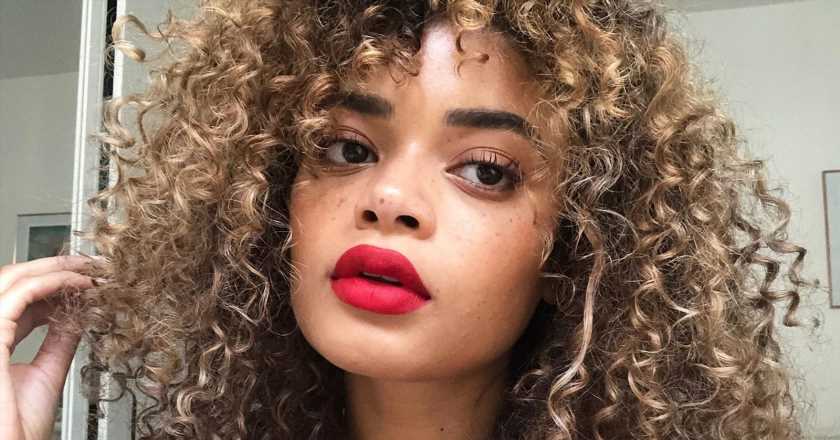 Find out everything there is to know about microblading, from how it heals, how much it costs, and how much it actually hurts.

Anyone who survived the Noughties knows the pain of trying to restore your brows back to their former (primary school) glory. While bushy, boyish brows seem to be the trend that’s never going away, it’s not so easy to fake them that way every morning and trust they’ll last until the evening. So it’s no small wonder that such a huge buzz has been building around microblading and nanoblading, the semi-permanent tricks to waking up with fuller brows day after day, no pencil needed.

Since the procedure became mainstream a couple of years ago, Google searches and Instagram feeds have been flooded with every kind of question (e.g. if microblading hurts and how much it costs) and endless before-and-after pictures – including extreme black arches that look like they’ve been crafted with a whiteboard pen. The rise of questionable salons offering the service (sometimes with disastrous results) has been the cause of hundreds of pounds down the drain, and the embarrassment of nightmare brows for a year or more.

It’s for that exact reason that I toyed with getting my eyebrows microbladed for more than two years. I plucked my naturally sparse ones almost into oblivion aged 12 and they never recovered. Eyebrows have always been the one thing on my face that I need to apply in order to feel like myself, but while the idea of automatically having the full arches of my dreams for up to a year sounded great, the potential pain and lack of natural-looking results put me off.

What made me take the plunge was Jenni Draper. I met the OPI UK Ambassador backstage at London Fashion Week a couple of years ago while she did detailed nail art on models, and her intricacy and steady hand translated perfectly over to eyebrows: the before-and-afters showed delicate hair-like strokes that were completely different to the chunky lines by various places that had been putting me off.

After my first appointment, I was so happy that I decided to go ahead with it. Read on to learn everything there is to know about microblading through my experience and Draper’s expertise, from how long it takes for microblading to heal, what microblading is, and how long it lasts.

The best brow products, treatments and routines behind the greatest eyebrows on Instagram

Microblading is not to be confused with brow tattooing or henna. Using a very precise needle-like blade, small light scratches are made on the skin to replicate hairs (whereas tattooing and henna stamp out blocks of dye). After the scratches have been made, a pigment dye is left on the skin for several minutes to lay down the colour.

Is microblading the same as microshading?

Microshading, the term for popular new beauty treatment designed to fill, define and sculpt brows, is not the same as microblading.

Whilst also a form of semi-permanent make-up, microshading uses tiny dots to fill and shade the eyebrow, rather than drawing on hair-like strokes.

Microshading can create a softer, more powdered effect than microblading and is recommended for those with oily skin types as the pigment penetrates further into the skin and can last longer.

How long does microblading last?

“When done properly, microblading should last up to 18 months after the initial session,” says Draper. “Fading tends to happen faster with oilier skin types and extended sun exposure, or if the brows haven’t been cared for properly post-procedure.”

Short answer: yes, in a weird way. Long answer: Not as much as a Brazilian wax, but there is definitely discomfort that feels similar to quick paper cuts. The worst part is when the dye is applied – with high alcohol content, it stings the scratches quite a bit but as soon as it’s wiped off, the pain goes completely.

I didn’t have numbing cream due to time constraints, but I’ve heard from others that it works wonders at reducing the pain – some barely felt any at all.

How much is microblading?

“A high price doesn’t necessarily indicate the best quality of microblading you can get, but if something seems too cheap to be true, then it most likely isn’t going to be great, safe or properly sanitary,” warns Draper. Most reputable experts are from £300 upwards. When it comes to your brows, haggling or scrimping is not the way forward.

It’s well worth the money, in my opinion, but make sure your initial consultation includes a patch test.

How long does microblading take?

Microblading is almost always split into two sessions: the initial one to lay down the foundational strokes, and a follow up one six weeks later to re-do any areas that have faded. It takes both sessions to fully make the strokes and dye set in, otherwise, your brows will fade quicker.

The first session took around an hour and a half, consisting of about 150 strokes in each brow divided into three stages: scratch, apply the dye, then wipe off. This process was repeated about four times.

The second session delivered about 50 strokes per brow and took no more than half an hour. There’s no downtime needed after, so you can carry on with your day – just avoid bright sunlight, sweat and water on them for a couple of days.

When can I wash my eyebrows after microblading?

“Keep your brows clean and dry for two days after the procedure, so as not to disturb how the dye sets in while the skin heals,” advises Draper. “I recommend an oil with vitamin E and emollients to create a barrier to keep water out, and apply twice a day using a cotton bud – use a different side for each brow to avoid cross-contamination.”

How long does microblading take to heal?

It’s definitely a process. After the first session, my brows scabbed over days after and took on a much darker appearance for a week or two. Everyone noticed them but thought they looked really good, albeit a bit bolder than my usual look.

As the scabs start to flake off (do NOT pick them or you’ll end up with patchy brows for months to come), I was worried that the dye had come out with some of the scabs as some areas looked like they’d never been microbladed. Draper assured me this was normal, and sure enough, the strokes emerged from the deeper layers of the skin.

All in all, it took around two months for them to settle into their permanent state (pictured above). They always looked good throughout the healing stage, but definitely changed subtly week to week. Seven months in, some lines have faded a little and I’ve gone back to filling them in slightly when I want a bolder look – but I’m still waking up with perfect, natural-looking eyebrows every day.