Sure, you may know Meghan Markle’s signature hairstyle as the messy bun. Maybe you even think of it as her long, blown out waves. It seems however, that the Duchess’s bun is a chameleon. Now, Meghan Markle’s donut bun is resurrecting the more slick style, and honestly, if anyone could bring back the sleek look it would be the Duchess of Sussex.

On Thursday, Markle stepped out to visit another of her royal patronages, the charities and organizations that she will be supporting in her role as the Duchess. This time, Markle visited City University in London as part of her support of the Association of Commonwealth Universities. The organization is an international group of universities and "supports the development of higher education as a power for good across the Commonwealth and beyond." The patronage used to belong to the Queen herself but was given to Markle following her marriage to Prince Harry.

For her visit, Markle chose to go monochromatic in all black. According to Harper’s Bazaar, Markle even rewore an item. Her black Givenchy coat was worn to 2018 Remembrance Day events back in November, and she paired it with a midi length black dress with pleats and pumps. While Markle’s ensemble was sleek and classic, the new iteration of her bun may just be the most notable part of her look. 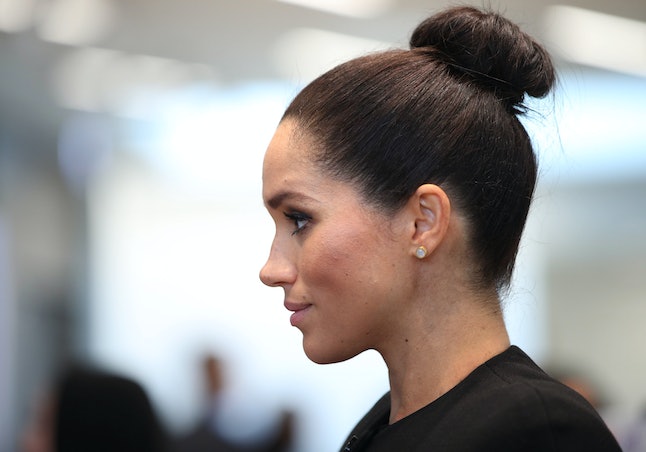 Meghan Markle’s bun seems to be going through a bit of a transformation, or maybe she’s just experimenting with different styles. Either way, Markle’s donut shaped bun from her visit to City University in London may be resurrecting those sock buns everyone tried to recreate to varying levels of success in the 2010s.

If you don’t remember the sock bun, it’s basically where you take a donut shaped tool (sometimes made of socks) and use it to create a perfect round bun typically on the top of the head. Just in case you’re a little foggy on the details, there’s a handy video to help you remember. 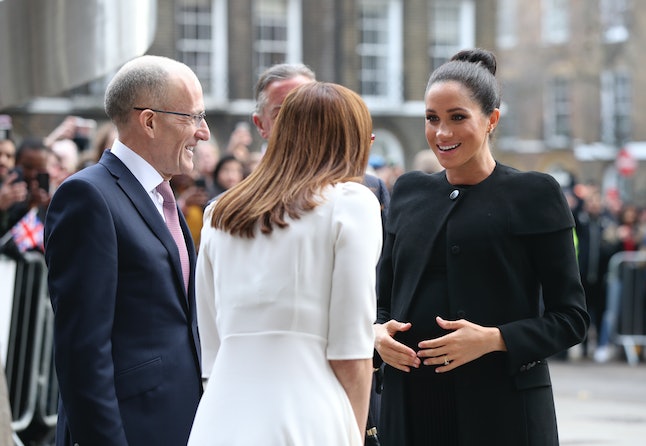 Now, does Markle actually have on a sock bun? No, probably not. The most likely case is that a talented stylist gave the Duchess her sleek bun look before she left for her engagement. Regardless of how Markle achieved the look though, it seems like a chic, perfectly shaped bun may be making a comeback thanks to the Duchess of Sussex. 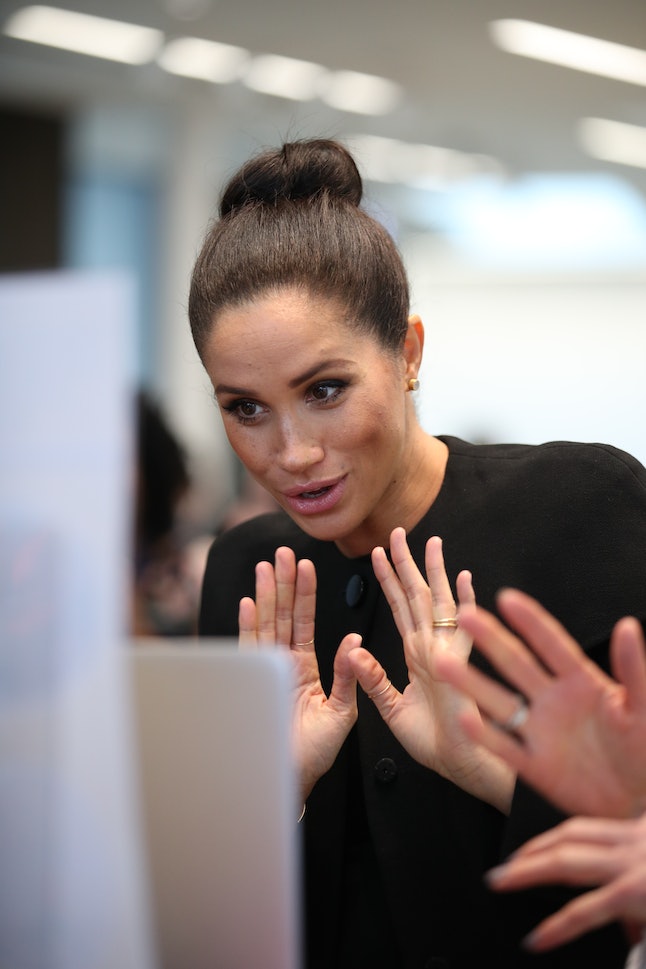 Of course, this isn’t the only different iteration of her famous messy bun she’s worn this week. In fact, just earlier this week, Markle’s bun looked different. For her visit to the National Theatre, the Duchess choose to part a bit of her hair to the side, leaving the part visible, before sweep her locks back into a messy look. While a subtle change from her typical style, it was definitely still a new look. 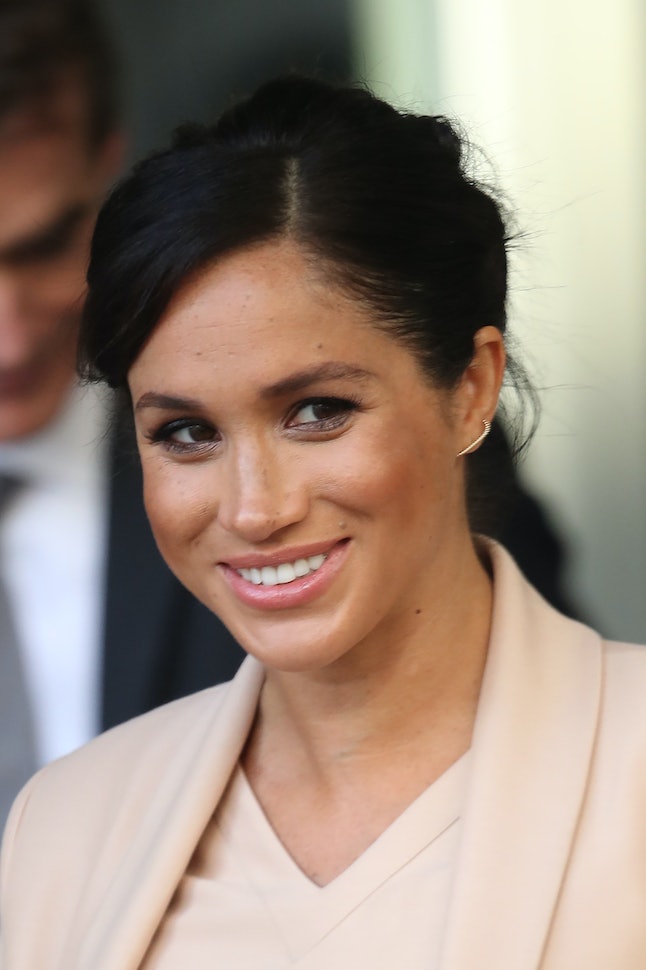 From sock buns to messy buns to side swept buns, Meghan Markle is officially the queen (or Duchess) of the hairstyle, and while you may never have thought you’d want to rock the sock bun in 2019, Markle may just change your mind.