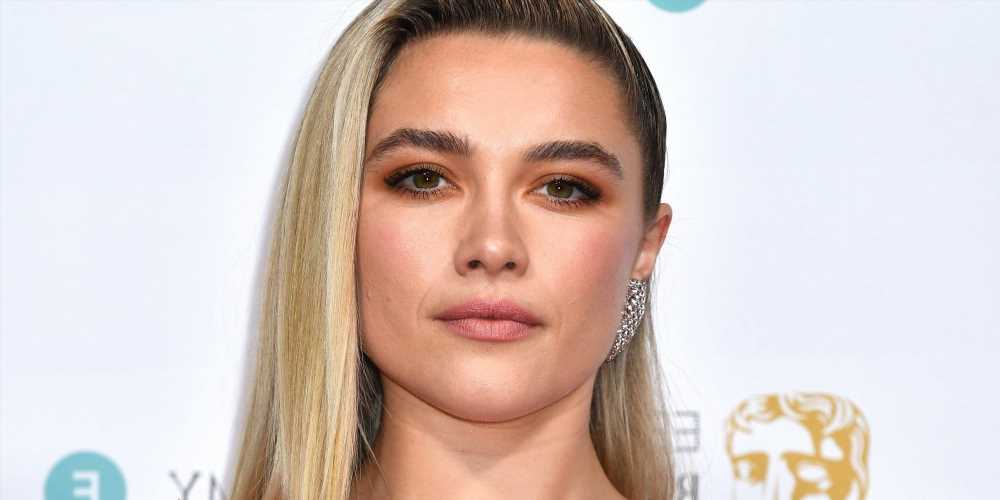 Florence Pugh just bid farewell to her signature long blonde hair, and we barely recognize her.

On Saturday, the actress debuted a major hair change on Instagram, sharing several photos of herself sporting a choppy brunette bob with curtain bangs. Yes, not only did she chop off all her hair, but she also dyed it a darker shade of brown (she originally went brunette this summer). "I did a thing," she wrote, adding the hashtag #chopchopchop and a scissor emoji for extra effect. In the pics, Pugh posed on a bed with her new chop damp from the shower and tousled in messy waves. She paired her shorter 'do with little-to-no makeup and a sweater bralette that had her name stitched onto one side.

Twitter account Pop Crave reported that the shorter hairstyle is for her new movie, The Good Person, which is currently in production and directed by her boyfriend, Zach Braff. Starring alongside Pugh in the film is Molly Shannon, Morgan Freeman, Celeste O'Connor and Zoe Lister-Jones. Per Deadline, the plot follows Allison (Pugh) "whose life falls apart after her involvement in a fatal accident" and the relationship she forms with her her would-be father-in-law.