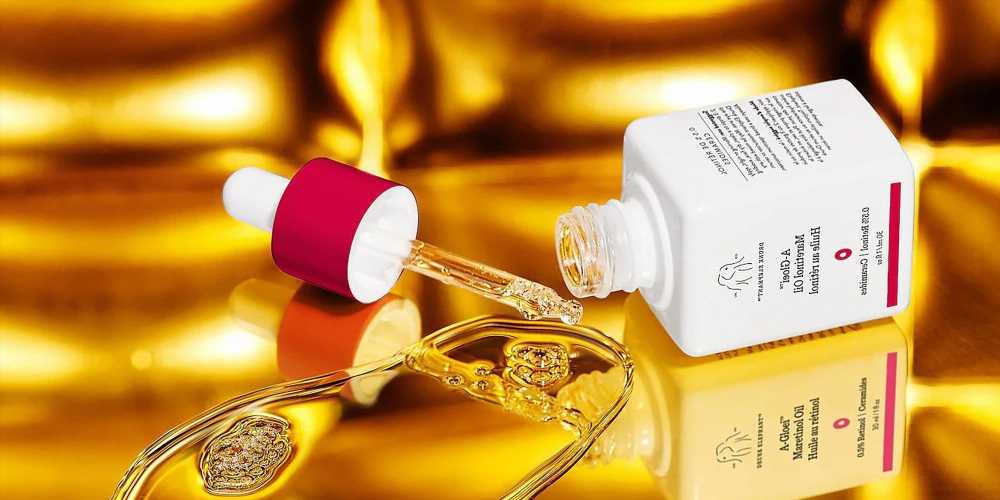 Like others who have a love-hate relationship with retinol, I removed the ingredient from my skincare routine last year when I had an adverse reaction after combining a prescription topical retinoid containing 2 percent retinol with an antibiotic called doxycycline to treat my acne. My results were so disastrous, and I developed (but have thankfully since recovered from) a rare side effect known as a pseudotumor, causing immense pressure, migraines, and brain fluids that weren't draining. Although my doctor identified doxycycline as the main culprit, I was left understandably hesitant to use either of these ingredients.

However, about a month ago, I received the new Drunk Elephant A-Gloei Retinol Oil and was tempted to dip my toes in the retinol pool again, since the star ingredient is known to lock in moisture, fade discoloration, minimize fine lines, and tackle acne. Plus, it contained 0.5 percent retinol (read: a less powerful formula than my previous retinoid) and the brand's products are said to be clean, efficient, and gentle. After receiving the sign off from my dermatologist, I started using the retinol oil every night, and while the results were noticeable within a few days, the improvements in my skin were really impressive after two weeks.

I'll admit, the first night I used A-Gloei, I overdid it. But because the product is so gentle, this didn't lead to retinol burn — rather, an excessively greasy complexion for someone whose skin type is already oily. I learned my lesson, and for the following weeks, I discovered that I really only needed about five drops of oil for my entire face — one for each cheek, my forehead, nose and upper mouth area, and a final drop for my chin and neck. (From left to right: a photo the first night I used Drunk Elephant's retinol oil and my results exactly two weeks later)

The first improvement I noticed in my skin upon the initial application is one I see every night immediately after applying and massaging in the oil: a plump, hydrated complexion. After five days, I began to see the long-term effects and benefits of using Drunk Elephant's retinol. My hyperpigmentation faded, deep congestion and clogged pores dissipated, and when acne cleared up, it didn't leave the usual dark spots behind in its wake.

A-Gloei Retinol Oil is the second retinol product in Drunk Elephant's lineup. (The first is a 1 percent A-Passioni Retinol Cream, which launched a few years ago.) What makes A-Gloei different is that it contains a .5 percent retinol encapsulated in the brand's soft, nourishing, and sublime Virgin Marula Luxury Face Oil. It's a modest amount of retinol — 2 percent is the maximum over-the-counter amount you can get, although most OTC products contain around 1 percent — and introducing retinol to your skin at a lower percentage can help you to avoid common side effects, like irritation and dryness.

But, you don't have to worry about flakes or peeling with this retinol. Besides washing my face, this is now the only product I use at night since the marula oil provides ample hydration.The oil is $72 and just launched today, so if you're on the hunt for a retinol that will give you all the awesome skin benefits without causing your face to freak out, look no further than my newest skincare go-to.