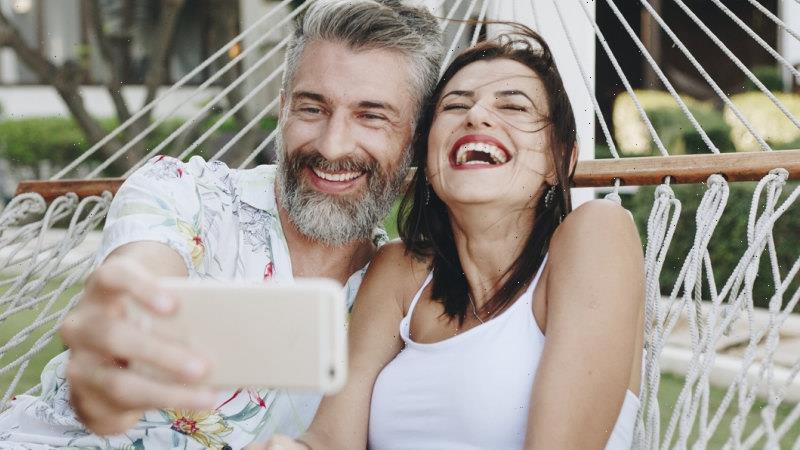 Many believe that smiling takes years off your appearance by conveying a youthful joie de vivre.

However, a study has found that smiling actually makes people look older, unless they are over 60, in which case the wrinkles have set in and it makes little difference.

Neuroscientists showed participants hundreds of photographs of faces of people aged between 20 and 80, either smiling or with a neutral expression, and were asked to estimate their age. 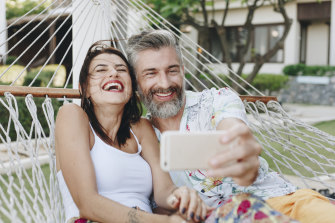 The study found that for middle-aged people between the ages of 40 and 60, gender played a role in whether smiling altered the perceived age.Credit:iStock

The faces of younger people in their twenties and thirties were “strongly” and “reliably” identified as looking older when they were smiling. However, smiling had little or no effect on the perceived age of those over the age of 60.

Only when the participants were shown cropped photographs, depicting just the eyes of the older people, did they think they look older when smiling.

Melvyn Goodale, founding director of the University of Western Ontario’s Brain and Mind Institute in Canada, said: “This suggests that older people already have so many facial wrinkles that any smiling-related wrinkles make little difference to their overall appearance and their perceived age.”

He added that faces contain “an amazing number” of social cues.

“Among the many critical dimensions that people readily extract from faces, age is often considered as primary,” Mr Goodale said.

“Accurate identification of a person’s age is crucial for understanding social roles and determining the nature of social interaction.”

The study found that for middle-aged people between the ages of 40 and 60, gender played a role in whether smiling altered the perceived age. Men in this age category appeared older when they smiled but for their female counterparts, smiling had no effect.

“Accurate identification of a person’s age is crucial for understanding social roles and determining the nature of social interaction.”

This may also be explained by a difference in smile-related wrinkles.

Researchers also suggested that it could be down to the gender differences in lifestyle and skin care that could affect facial wrinkling.

The findings suggest wrinkles around the eyes are a key cue for the perception of age.

“These findings are particularly relevant in the time of COVID-19 when so many people are wearing masks, leaving only our eyes visible,” added Mr Goodale.

The study was conducted with Tzvi Ganel from Ben-Gurion University in Israel and published in Scientific Reports. It follows a similar study undertaken in 2018 which also debunked the theory that smiling can take years off your appearance.

The same scientists published a paper saying that the belief “well-rooted in media” was “a complete misconception”. They said the misplaced belief was causing social media users to post ageing photos of themselves online.

Prof Ganel said: “Our results make it clear that the same person can believe that smiling makes one appear younger, but at the same time judge smiling faces as older than neutral faces.

“Popular media promotes the idea that smiling makes you look younger: look at the smiling faces in skincare and dental ads. How many of us post smiling faces on social media?”

The results contradict a 2011 study, published in Psychology and Aging, in which the participants guessed the ages of people who were smiling as being two years younger than the same individuals photographed with other expressions.