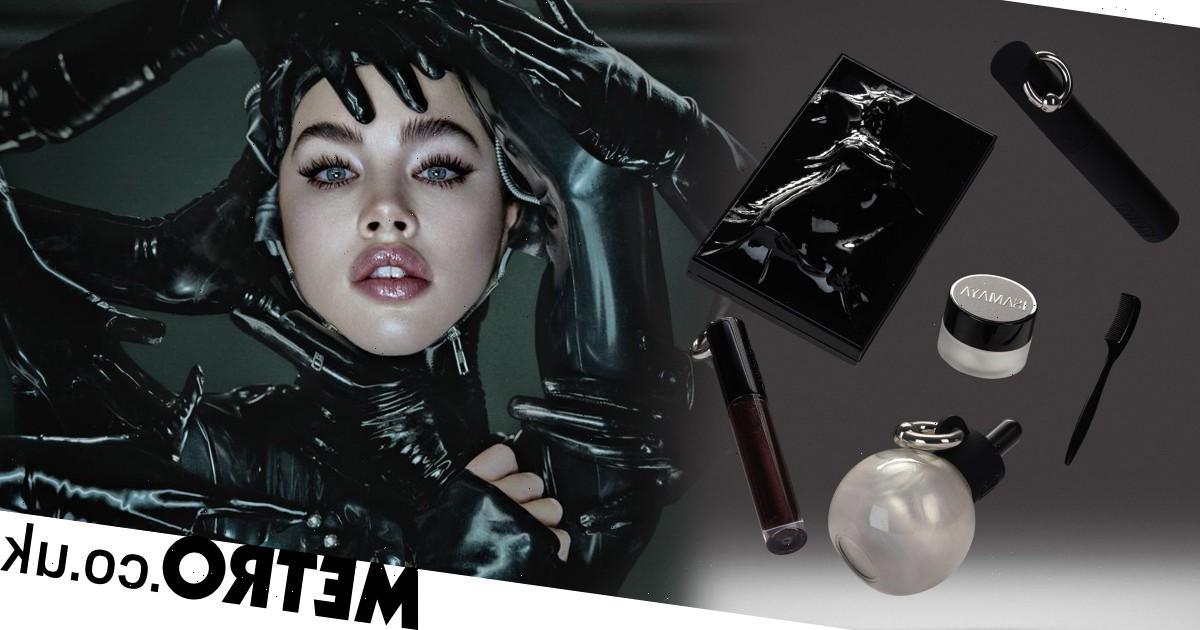 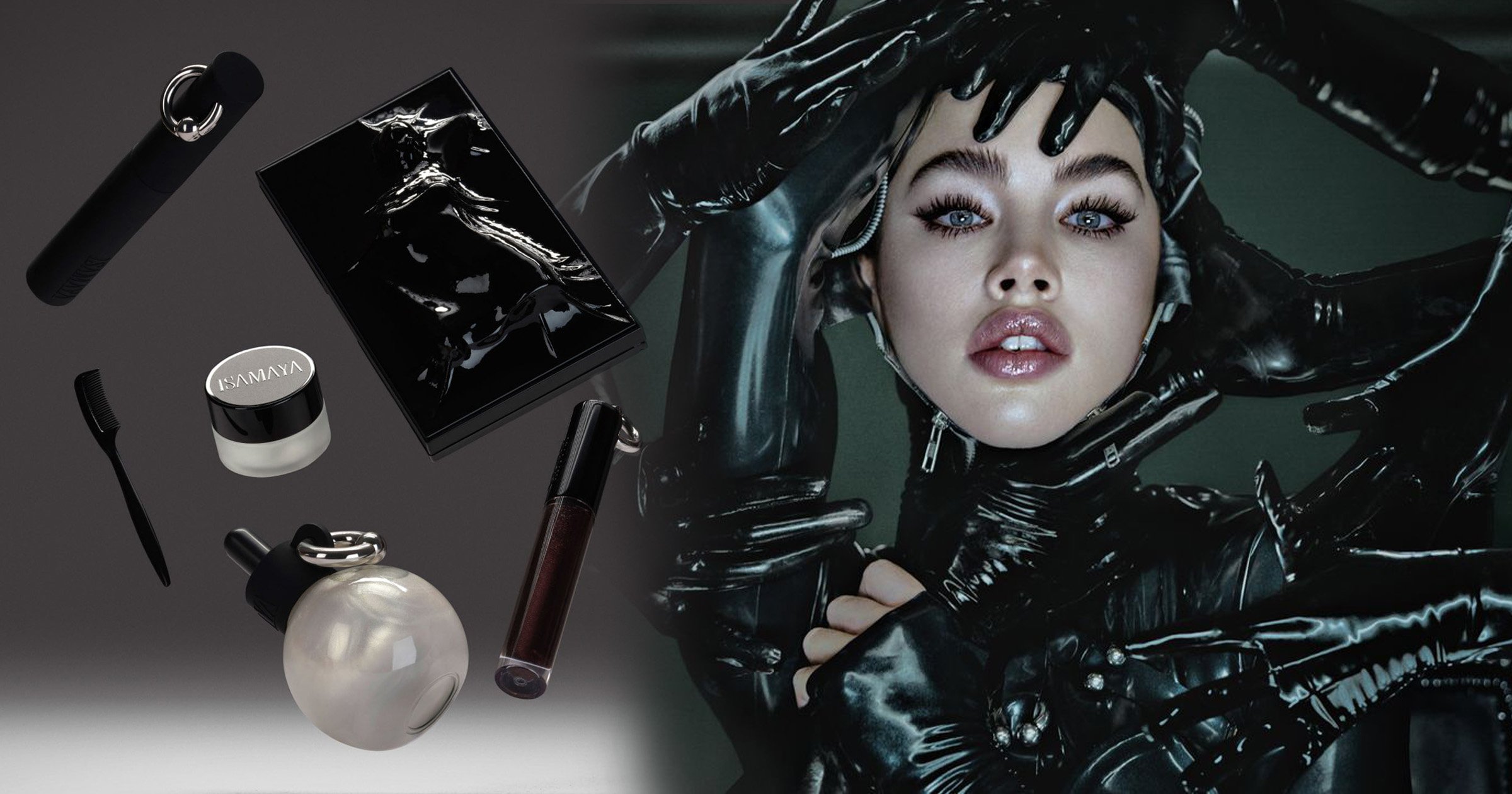 You might not know the name Isamaya Ffrench, but all the A-listers do.

She’s a celebrity makeup artist who’s painted the faces of Zendaya, Kate Moss, Rihanna and plenty more, and now she’s coming out with her own beauty line.

Previously, she worked with luxury fragrance brand Byredo when they branched out into makeup, showing she knows a thing or two about bringing a concept to life.

Isamaya Beauty is a straight detour from the Pillow Talks and glitters we’re now so used to seeing hit the shelves – her first product drop, called ‘Industrial’, is dark, grungy and has a Gothic vibe.

The products aren’t cheap – so before investing you might want to head down to 15 Bateman Street in London’s Soho from tomorrow for a three-day weekend pop-up.

It’ll be a chance to shop the products before anyone else does and get your hands dirty with swatches before the official launch in Selfridges on July 4.

There are five products to try: an eyeshadow palette, a plumping lip gloss, a mascara, a serum and a brow gel – but the pop-up will have exclusive merch too, such as T-shirts and jewellery.

Isamaya said: ‘I don’t want to tell people how they should look.

‘It’s about using makeup to return to who you are, not become something else.

‘Industrial is a hardcore, hard-hitting concept both visually and materially.

‘Leather and latex, piercings and rubber, flesh, strength, and self-possession, for makeup lovers who don’t want to conform.’

Isamaya wants to ‘inspire’ people and appeal to those on the fringes of the makeup world, showing ‘there are other ways to approach beauty’ away from the mainstream.

What did we think of the products?

We were able to test two of items from the Industrial drop before they hit the shelves tomorrow.

You might be nervous about the deep purple-brown tone of this gloss, but it’s so sheer it actually just provides the subtlest of tints.

As for being maximising, we weren’t so sure, but we certainly felt the tingle of this against our lips, making it a slightly uncomfortable gloss.

It does, however, manage to not be sticky – so if plumping serums are your vibe, you’ll like the texture.

Next we tried the hero of this line – an eyeshadow palette called Industrial Colour Pigments – which will sell for £95.

It’s a steep price point, but one that’s becoming more common in the luxury space – gone are the days where £40 for a palette was considered a lot.

As for the formula, there are a mix of textures, with some shadows being fully pigmented, some more metallic, others glittery, and some sheerer.

It makes for a fun palette to play with, delivering the possibility for a vast range of looks.